We’ve all experienced animals’ “sixth sense.” Now you can do something about it with this…

It’s a simple fact— the closer you can get to game animals the greater the odds of having a successful hunt and making a clean, ethical shot. That’s why the most consistent and efficient hunters practice for years, learning how to get close to game without causing them to become alarmed.

But let’s face it…even for the most skilled among us, shortening the distance without spooking game or making them uneasy is tough. With the right technology, however, getting ultra-close to our quarry it not as difficult as it used to be.

A couple of hunting product that have a rather unique position in the marketplace are the StealthScreen hunting suits and base layers by HECS. To those with no experience with HECS StealthScreen, the patented technology might seem unbelievable, yet only those who have not yet used this exiting it remain skeptical. 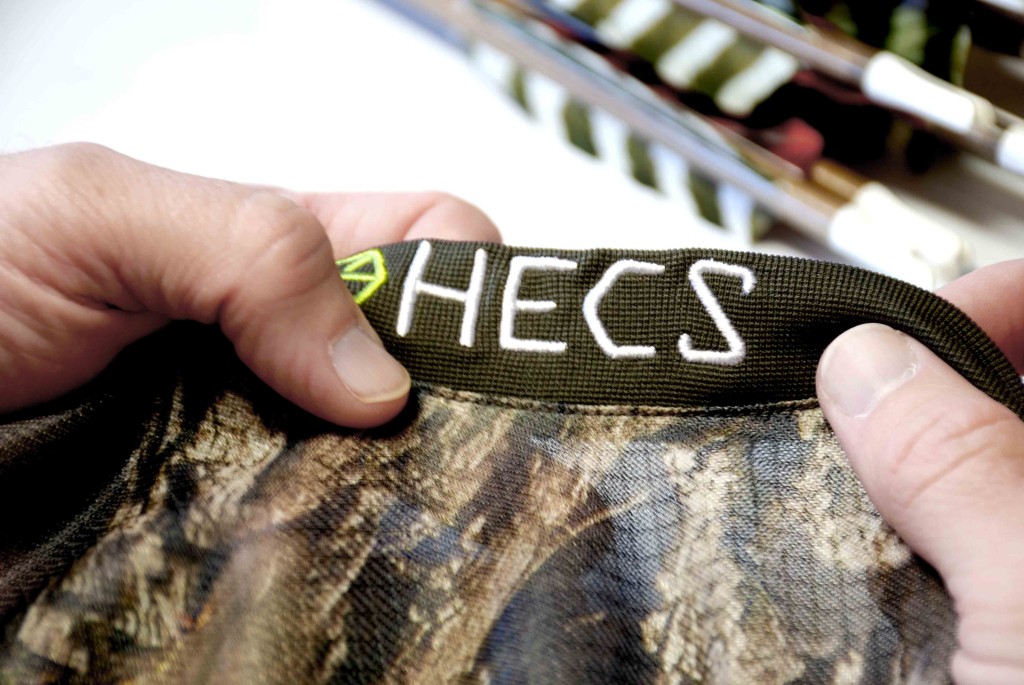 Some who are not skeptical are those working in the defense and law enforcement segments. Recently, AARDVARK Tactical became the exclusive supplier of HECS gear for its military and LE clients, citing the HECS technology’s ability to allow operators to remain undetected during field work. This suppression system gives users an incremental advantage when encountering electromagnetic-based detection systems and helps prevent giving away an operator’s position when wildlife is in the area.

Those who have used the StealthScreen for hunting turkey, waterfowl, and big-game species absolutely swear by it. In short, the SteathScreen hunting suit is one of the most effective “sleeper technologies” of the hunting world.

Before you read another word, take a moment to watch this video and see what we’re talking about. This is amazing…

If you’ve ever hunted turkeys with a bow, you can appreciate how this ultra-mature Osceola doesn’t even react as the young lady draws down on him in the wide open.

So, what exactly is going on here?

The HECS StealthScreen technology is based on fairly recent scientific study that suggests many animals, birds, and fish can detect bioelectric fields, such as the electrical signature we generate through muscle activity. This, game biologists believe, is the unseen element that causes an animal to pick us out even though we are fully camouflaged, quiet, motionless, and exercising scent control.

It’s happened to all of us. We’re in a blind or treestand, the wind is in our favor, we’ve made no movement or noise, and yet wild animals—for no apparent reason—zero in on us like a laser. What the critters are sensing in these situations, in many cases, is our naturally occurring electrical field. 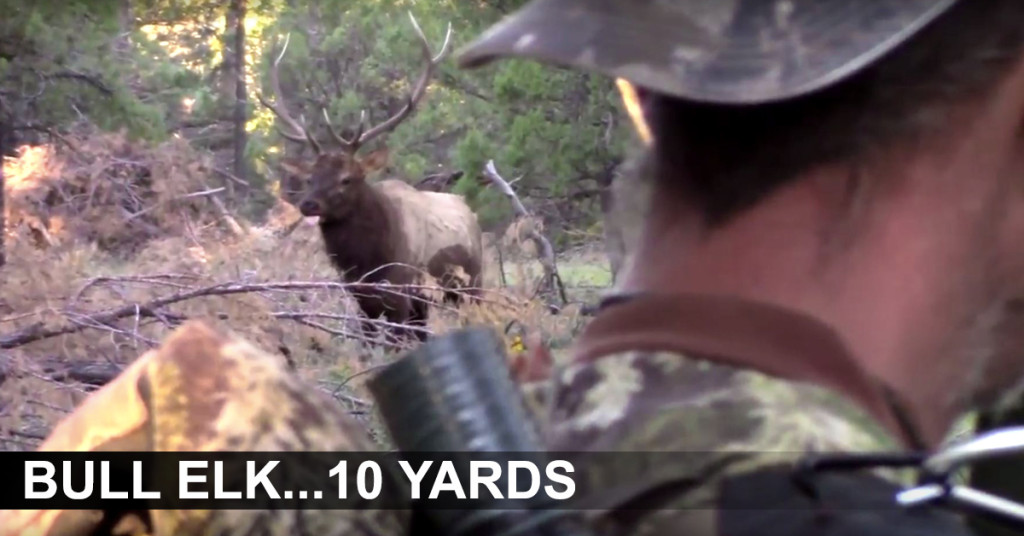 HERE’S HOW IT WORKS

The StealthScreen suit is a lightweight mesh pant, shirt, and hood that incorporates a special conductive carbon fiber weave. Most hunters wear the suit as an underlayer, so you can still use whatever camo outfit you prefer for the temperature and environment you’re hunting in. During hot weather conditions, the camo suit can be worn by itself. The technology works either way. Like the door of a microwave oven, the conductive interlocking carbon weave blocks and disrupts the electromagnetic field our bodies generate. This is the most time-tested and proven method for blocking electrical fields.

This video offers a clear demonstration of the electrical field our muscles generate, and how the HECS StealthScreen technology suppresses that signature to prevent game from sensing it.

HECS also makes a StealthScreen application for dive suits. This is a real boon for divers, and is especially telling given that aquatic species have a highly developed ability to sense electromagnetic energy.

We believe that what animals actually see or sense when they encounter a human wearing the StealthScreen suit is more like an encounter with an inanimate object than a living being that is emitting electrical energy. What we do know for certain from thousands of encounters and observations and experiments is that many times, animals react in a manner completely different from when we are not using the technology. Rather than bolting away in a panic, animals seem uncertain and confused, yet remain relatively calm. They may know “something” is there, but with the absence of the electrical field, whatever that “something” is, it doesn’t elicit the typical nervousness and flight reaction that we’re used to seeing.

We know that birds actually see these fields visually and it is one of the main ways they know that a particular movement is from a living being. Take away the concurrent electrical impulse from that movement and it becomes like an animate motion, such as a branch swaying in the breeze. Movements like raising a gun or drawing a bow are completely possible even when the birds are looking your direction and are at close range. The same holds true for large game animals, to varying degrees. 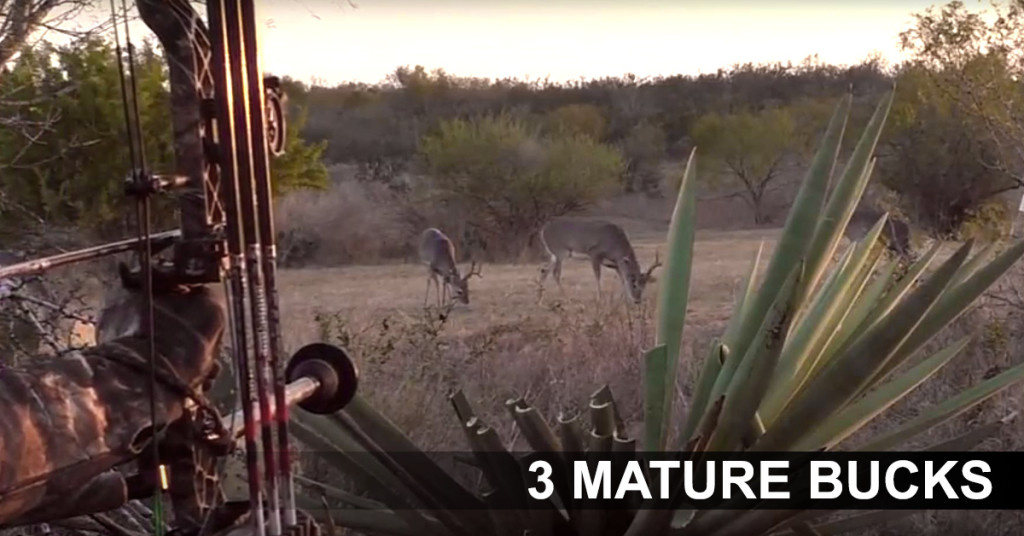 When you use the HECS StealthScreen suit while hunting large game, the animals remain much calmer than they normally would be, so you can get away with a bit more noise and movement than you could without the suit.

I wore a HECS StealthScreen suit for an entire archery season and became a believer. My first whitetail encounter was with a doe that came bustling out of the woods as I was walking a field edge. She was about 20 yards away before she saw me standing in the open. She stopped, looked, and then turned away, taking a wide, unhurried course around me. Usually that would have caused a deer to snort and bolt for cover.

My second experience came when I was still-hunting through the woods along a different patch of edge cover. A pile of does and a four-point jumped out of the edge cover, looped around in the field, then came back—only this time closer to me than when I had busted them. They had me pegged, but they were not all that excited. After several minutes of milling around, the deer wandered off, seemingly unafraid. Soon afterwards, a flock of nine or ten turkey hens came through to feed. I was still stuck standing in the open while the birds fed 20 yards in front of me. They never spooked or seemed even to notice I was there.

As you can see from my experience, the StealthScreen suit does not make you invisible, and it doesn’t mean you can throw good hunting craft out the window when wearing it. You still must mitigate noise and large, fast body motion. What the suit absolutely does do is provide you with another layer of stealth that keeps the quarry calmer when it gets inside your kill zone. And that is exactly the time and opportunity you need to make those close shots.

If you’re looking to knock down big game’s infamous “sixth sense” this season, give the HECS StealthScreen camo suits or base layers a try and see for yourself why this industry rocking technology is changing the game for hunters everywhere. We did, and now we don’t hunt without it.

Now is the perfect time to give the StealthScreen a try. The company is offering $30 off a HECS StealthScreen camo suit or base layer if you use the code HECS17 at checkout.