New Reverse Cam Technology has made these crossbows faster, narrower, AND they’re easier to draw. For deer hunters, this is BIG!

Crossbow enthusiasts have been pushing for narrower, faster crossbows for several years. The problem has been that increasing speed while narrowing crossbow width requires an increase in overall length and drastically increased draw weights. The result—an overall decrease in shootability and efficiency.

At least, that used to be the case.

TenPoint Crossbow Technologies has shattered this barrier to deliver a crossbow that produces impressive power with greatly reduced draw weights. The latest breakthrough in hunting crossbow technology is Reverse Cam Crossbow Technology, or RCX, and it is delivering some of the narrowest, most efficient crossbows on the market today. 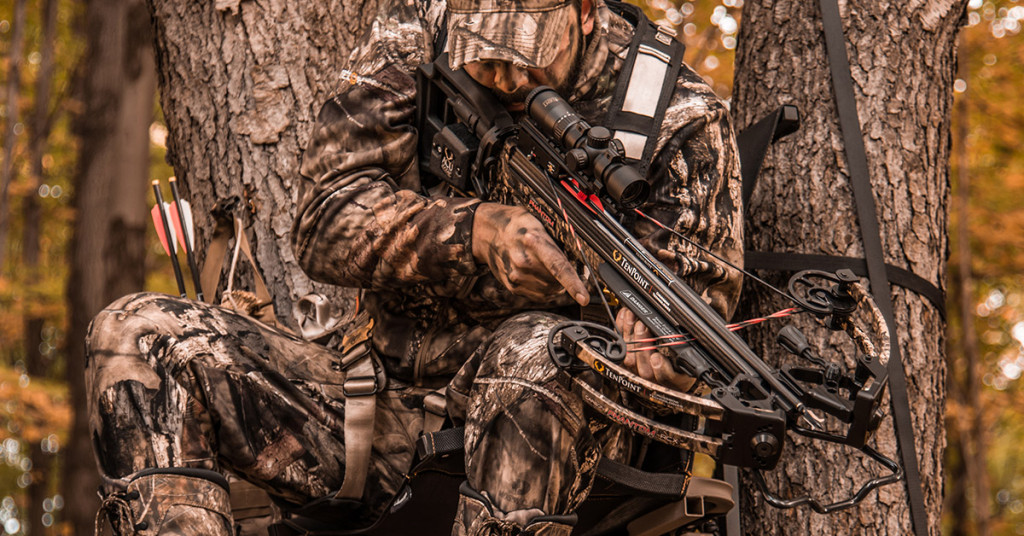 Hunters understand that narrower crossbows offer many advantages, particularly superior maneuverability whether you’re stalking, hunting from a treestand, or sitting in a ground blind. Not having to worry about a 22-inch-wide front end swinging in the brush you lets you focus on aiming and making clean shot.

Additionally, a more efficient, faster-shooting crossbow with a lower-than-expected draw weight has its own advantages. First, more people can shoot crossbows with lower draw weights. Few people neither can nor would want to pull back 200 pounds just to cock a crossbow that shoots 370 fps. With the inclusion of an integrated cocking mechanism, however, nearly anyone can cock an RCX-technology crossbow. This means the whole family can enjoy this shooting and hunting experience. Another benefit is that, should you need a follow-up shot or be presented with a second shooting opportunity, you can cock the RCX easier than with other high-performance models while giving up not down-range speed. 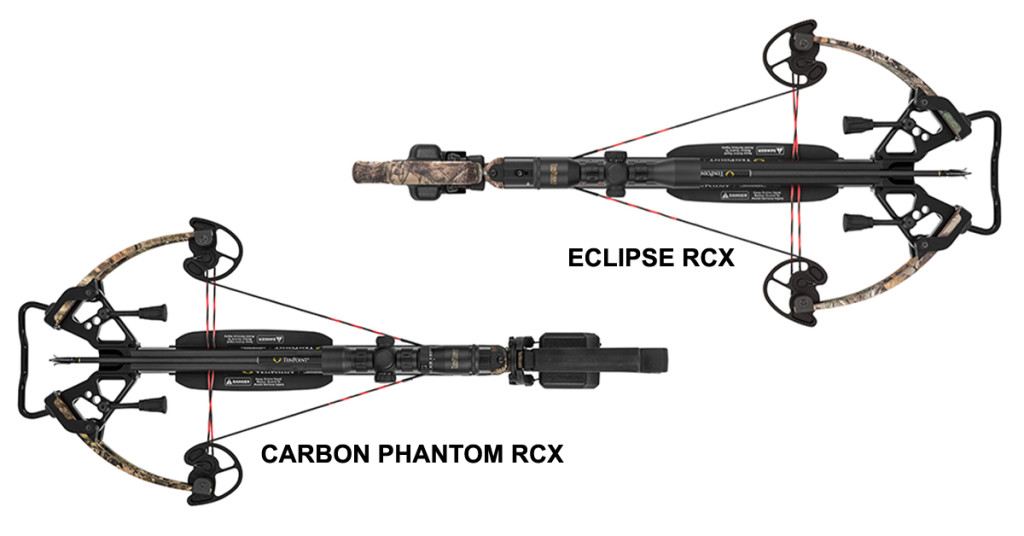 For 2017, TenPoint Crossbow Technology has two crossbows in its lineup that feature the groundbreaking RCX engineering—the Carbon Phantom RCX and the Eclipse RCX. If you haven’t one out, you should. 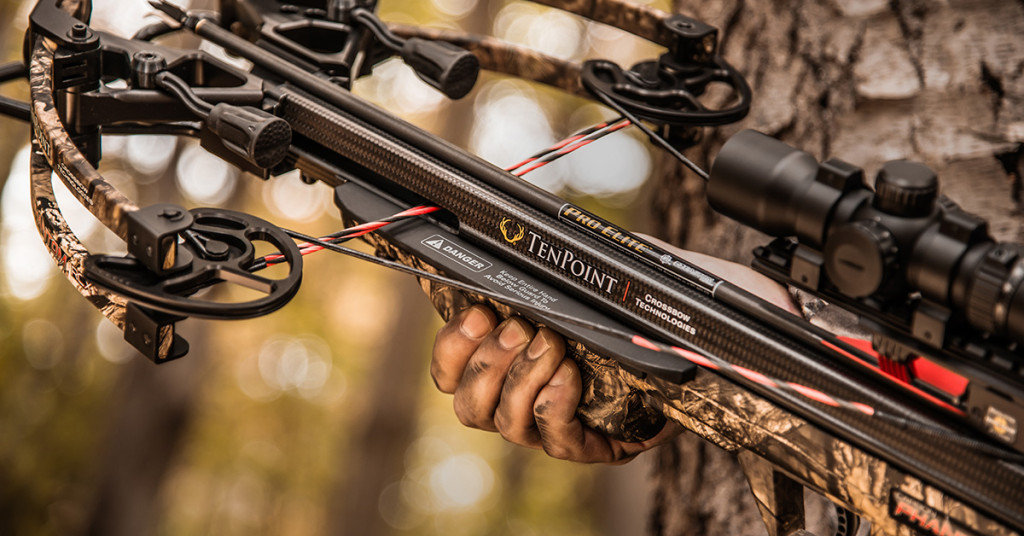 Right away, you’ll notice that the string comes off the cams opposite that of a standard forward-draw crossbow. This is the cornerstone of what makes RCX Technology so groundbreaking. Depending on the width of the cams, this string orientation can add around two inches to the power stroke. That’s the same as taking a vertical bow and extending its draw length from 28 inches to 30 inches. We all know what that means—more speed. This is possible because the longer power stroke allows the string more time to transfer all its energy to the arrow, resulting in greater arrow speed. That’s a HUGE benefit for hunters in terms of greater downrange energy (penetration) and quicker impact (minimizes “buck duck”), but that’s not all.

Most conventional-draw crossbows that are pushing the 375+ fps barrier do so by drastically increasing draw weight in addition to their longer power strokes. Some pull over 200 pounds. That’s a lot of weight just to achieve incremental gains over 300 fps. In other words, inefficient use of potential energy.

On top of these impressive performance and efficiency benefits, RCX technology has one more card to play. Measuring just 8.75 inches inside-of-cam to inside-of-cam when cocked, the chance of anything interfering with the string and cables during a shot is greatly diminished. Essentially, you’re getting the compact versatility of a reverse-draw crossbow from a standard length, high-performance forward-draw crossbow.

Ultra-narrow, unparalleled efficiency, and devastating power make the new Carbon Phantom RCX and Eclipse RCX our top picks for whitetail hunting this year. Try these crossbows for yourself and we think you’ll agree.