You can alter deer patterns in your hunting area for the worse simply by setting up cameras, clearing stand sights, and setting mineral blocks. Here’s how to keep it from happening to you…

Now is the time when most whitetail hunters are ramping up their pre-season activities. We discover early deer patterns the last couple of months before season, find out what big bucks are lurking about, and prepare our ground blinds and treestands for the big opener.

But there’s a problem here that many hunters don’t consider—especially those who regularly check trail cams and sweeten up mineral licks near their stands. That problem is scent.

Have you ever wondered why too many times the deer that regularly showed up on your camera during the summer months diminish in number and possibly disappear altogether once hunting season rolls around? Sure, some of this can be attributed to natural pattern changes as deer move from one food source to another, yet it can also be due to the fact that you stink. 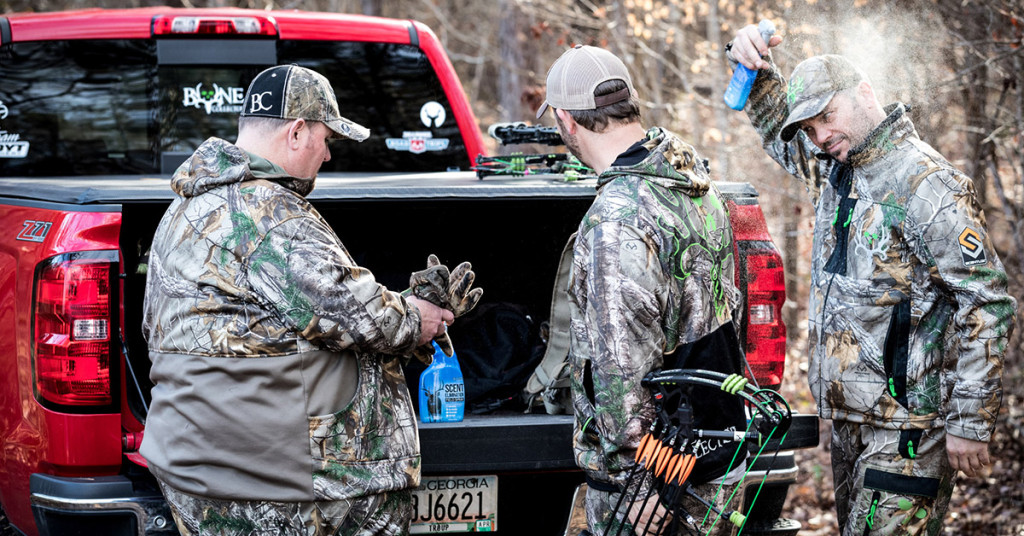 Even astute hunters who practice scent management while in the field hunting can get a bit careless the rest of the time. When deer smell your presence on a regular basis, they tend to avoid those areas in the worst case or, at best, become exceptionally wary when entering your designated hunting area. Either way, moving into your hunting area without first eliminating your scent during the pre-season is going to make hunting more difficult and seriously reduce good shooting opportunities once the game is afoot.

Good scent management takes a lot of work and constant vigilance to ensure you’re not dragging unwanted odors into your hunting area. The good news is that the folks at Code Blue have recently introduced a new scent management technology across a broad line of scent-elimination products. In an independent university study, this technology has been scientifically proven to destroy the human odor-causing bacteria responsible for producing the smells whitetail deer find so offensive and alarming. What’s more, the university analysts have shown this technology to be faster-acting, longer-lasting, more effective, and safer than other scent management products on the market today.

So, what is this new system? It’s a robust product line called D-Code based on Code Blue’s ground-breaking Silver Scent® technology.

If you’ve been on this rodeo circuit for a while, you’re probably thinking, “Silver…that’s not new.”

Silver has long been acknowledged as an effective anti-microbial agent and has been embedded in fabrics used in some hunting suits for several years. The problem is, this addresses only one aspect of scent management—the actual clothing you wear. That’s like going for the clean look but only shaving off part of your beard.

What Code Blue has done with its D-CODE system is develop a safe, medical-grade silver chitosan complex for use in a liquid state that breaks down the cell walls of bacteria, effectively destroying them. No human odor-causing bacteria, no more odor.  With this approach, and the introduction of a chitosan component to help the silver chitosan bind to skin, clothing fibers, and other application media, more thorough scent-elimination coverage is provided and the formula works much longer since it stays in place longer. 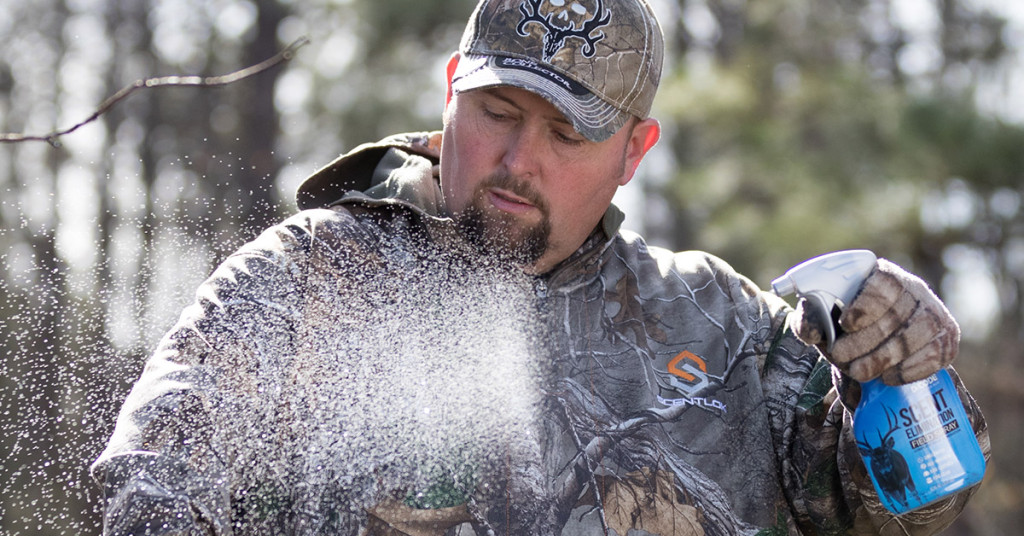 The university tests showed D-CODE to still be effective 12 hours after application whereas competing scent-elimination products were rendered ineffective at the 12-hour mark. This means, at the least, one application of D-CODE will see you through a full day in the field.

Another advantage of D-CODE’s silver chitosan approach is that it is unaffected by extreme temperatures. Contrast this to common enzyme-based scent elimination formulas that work slower in cold weather or can become unstable when exposed to heat (such as in your truck cab on a sunny day).

Code Blue quietly introduced the D-CODE scent elimination system last year, seeking a full season with veteran hunters and pro-staffers using the product in the field to validate the company’s own successful field trials. Those results, combined with the recent university head-to-head laboratory testing and analysis, verifies the D-CODE technology to be faster acting, more effective, longer lasting, ultra-stable, and verifiably safe when compared to other brands in the scent-elimination category. 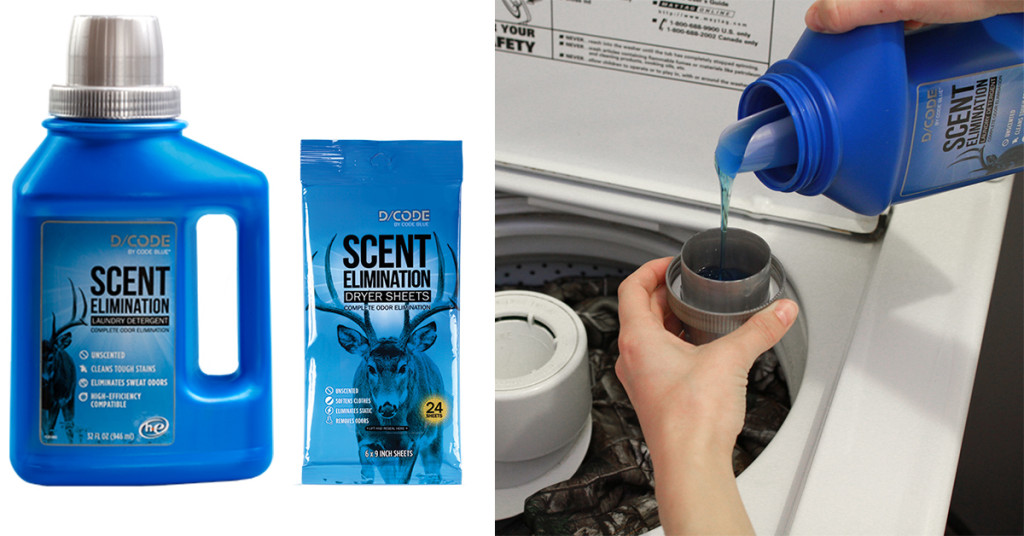 Aside from the field-proven formula, the other aspect we really appreciate is the D-CODE total system approach to scent management. The scent elimination system product line starts with unscented laundry detergent and drier sheets so that you can not only clean your hunting clothes by eliminating human odor-causing bacteria odors, but also eliminate “hang-on” odors such as gasoline, food, oil, and any unnatural odors. 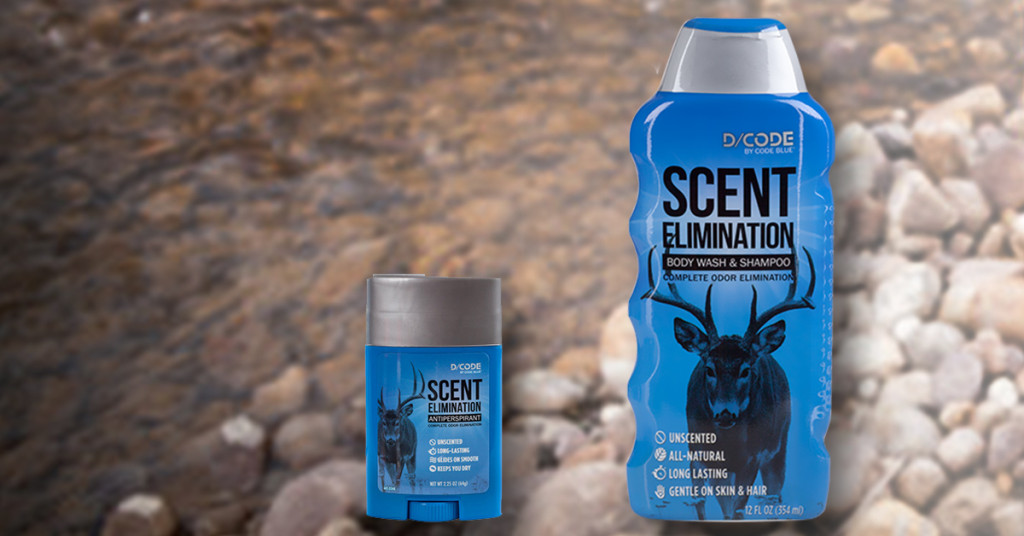 With odor-free clothing in hand, it’s on to an odor-free you courtesy of unscented D-CODE Body Wash & Shampoo and stick deodorant. Remember the suspended chitosan formulation mentioned earlier? This helps to keep the active ingredients on your skin and working long after you step out of the shower. 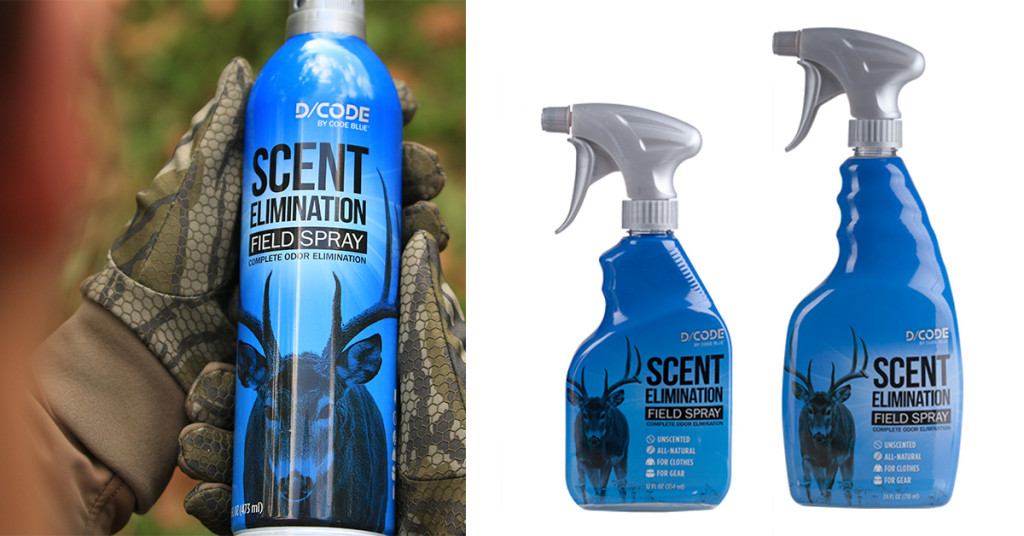 The final pre-hunt step in the D-CODE system comes from the Field Spray. Lab tests have shown that the Silver Scent concentration found in this liquid formula eliminates 99.9 percent of human odor-causing bacteria on contact and continues working after it has dried. Spray this on your clothing and gear as the last scent-elimination strategy before you head into the field.

Lastly, there are the D-CODE Field Wipes. Also unscented, the pre-moistened Field Wipes are perfect for a mid-day freshening up—especially on those hot, early season hunts when profuse sweating ratchets up the human odor-causing bacteria battle. 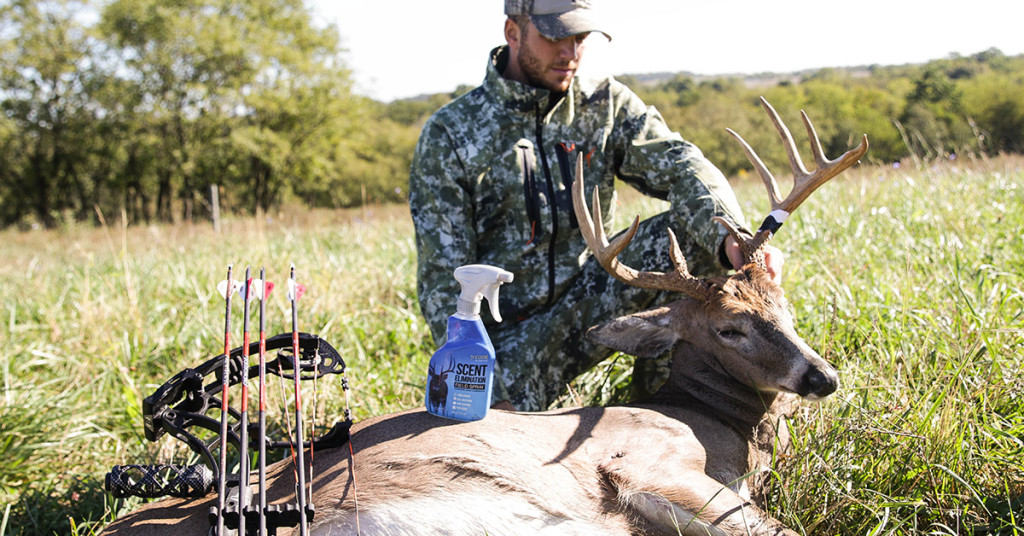 Make no mistake—scent management is tough work. It requires tested, proven, and effective human odor-causing bacteria-destroying products on the one hand and practiced vigilance by hunters on the other hand. From our evaluation, the D-CODE system does its job as claimed. Just look for the blue packaging on your retailer’s shelves. The rest is up to you…