If you think prime deer hunting opportunities end after the rut, you’re missing out on some of the best hunting of the year. Here’s how…

by the HuntDaily staff; promoted by TenPoint Crossbows

Autumn gold has turned to gray. The rut is over and the blaze orange brigade has left the field. This is the time of year when the 5 o’clock wake-up call is harder to obey, and many hunters simply don’t, opting instead to hang it all up until next season.

Too bad for them, but good for you if you are among the growing number of hunters who use a crossbow. You have the chance to take advantage of some excellent hunting opportunities and have more fun in the process. 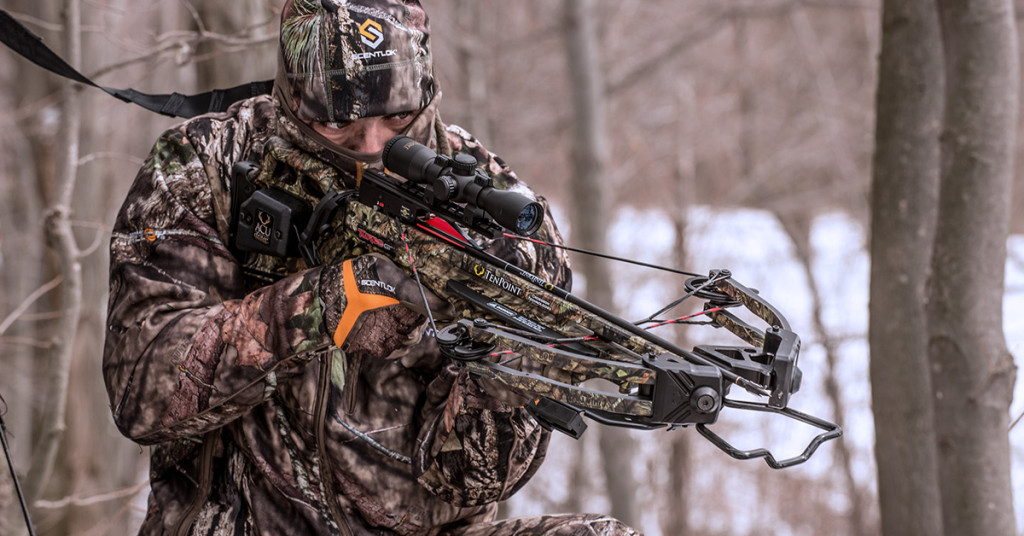 The late season is usually the haunt of diehard bowhunters or those who are scrambling to fill their freezer before it’s too late. It’s also a time when the nature of the woods has changed, as have the deer and the hunting tactics available to you.

If you aren’t ready to mothball your hunting gear quite yet, here’s how you can punch your tag when other hunters have called it a day…

1) Take your crossbow. This is the time of year when crossbows have the clear advantage. The reduced cover—whether you’re on the ground or in a tree—make it more critical that you reduce any movements that may alert a deer to your presence. A crossbow will significantly minimize your body motions when setting up and making the shot. And as we discuss later, a crossbow lets you exploit certain hunting strategies and environmental conditions that can ramp up the excitement and success factors.

If you’re not ready to hang up your camo but don’t have time to prepare and practice to hunt with a conventional bow, a good crossbow kit can get you in the field within minutes—literally.

An optimal hunting crossbow—the Turbo GT by TenPoint Crossbows, for example—is a ready-to-go package that comes with everything you need to get in the field (minus broadheads). It comes with an illuminated scope that is bore-sighted at the factory, so it only takes minutes to fine-tune. One of the things we really like about using an illuminated scope like this is that it makes a huge difference in low light situations. Of course, that is often when wary late-season deer tend to move the most—especially after shotgun or rifle season is over.

Another feature we like about the Turbo GT is that it works perfectly for the type of tight-quarter, unconventional blind or ambush setups that deliver results this time of year. The Turbo GT is compact, with a narrow front end that makes it exceptionally maneuverable. It also shoots up to 360 fps, which is plenty fast to get the drop on a potential string-jumping whitetail.

2) Match your camo to the prevailing conditions. The leaves are down-and-brown. That means darker earth-tone camo patterns that are heavy on dark browns and grays will better blend with most woodland surroundings this time of year. On the other hand, field edges and areas where there’s more dead grass and brush tend to be lighter, necessitating more tan hues. Wherever you intend to hunt, the minimal to non-existent foliage means it’s more important than ever to pay attention to your camo pattern if you want to close the distance.

3) Use binoculars. While the reduced foliage means the deer can spot you from longer distances, the reverse is also true. With the foliage down, you can get the jump on deer whether you’re still hunting or working from a treestand or blind. The trick here is frequent glassing…even if your effective visual range is less than 75 or 100 yards. Deer have an uncanny knack for being on top of you before you know it—even in tall timber conditions with little understory. Continual scanning with a pair of 8X binos can help you spot a deer in time to set up for a comfortable shot. 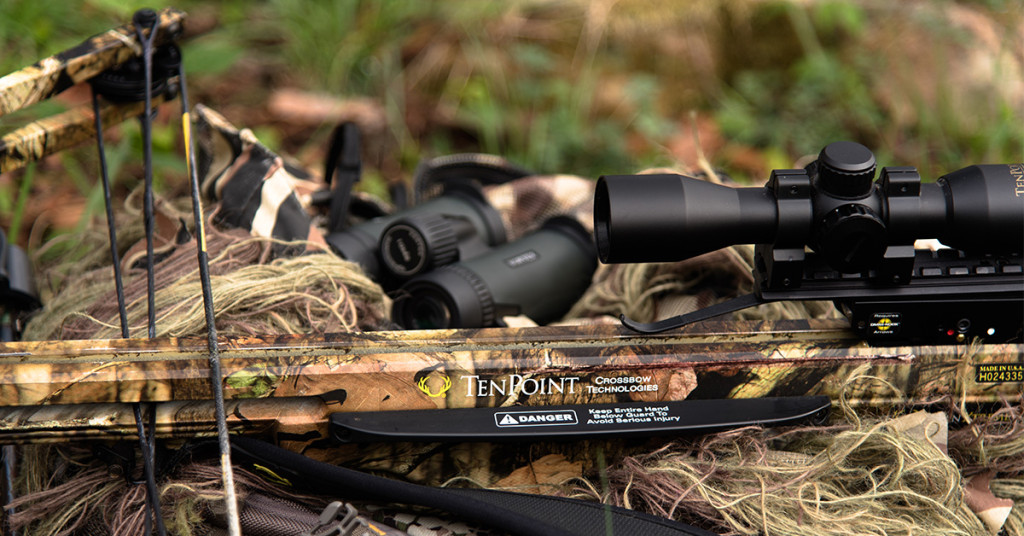 Bowhunting is an ambush game for most hunters, but there’s a difference between ambushing from a ground blind or a treestand and taking the ambush to the deer. 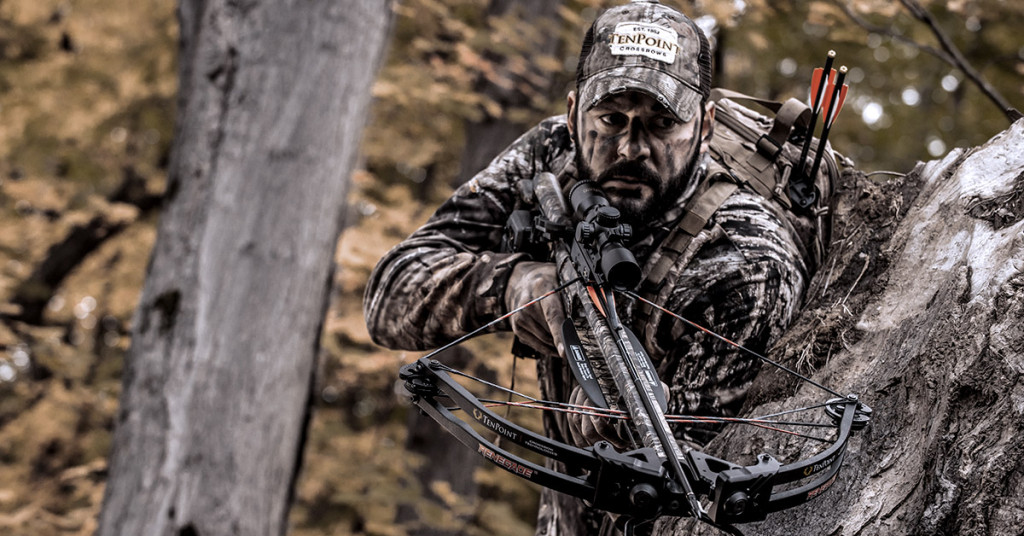 Whitetail are often unpredictable in the late season because the rut is mostly over and the pre-rut patterns are no longer reliable. Add to this the fact that deer can see longer distances with the leaves down and it’s easy to understand that new ambush strategies are in order.

We have taken advantage of our crossbows to set up ambushes in locations we could never get away with when hunting with our vertical bows. Lying in low ditches near green fields, for example, can get you closer to wary deer feeding in the open. With a crossbow, you can make such shots while maintaining stealth. Similarly, you can carve a tidy hole in thick edge cover and shoot a crossbow with less clearance needed than with your vertical bow.

Think unconventional ambush and cover opportunities…think like a sniper.

The previously mentioned mission gear (proper camo, binos, and a crossbow) allow you to be more aggressive during the late season, when deer are continually shifting their patterns in the search of dwindling food sources. This is when spot-and-stalk becomes a truly viable game plan for the bowhunter. 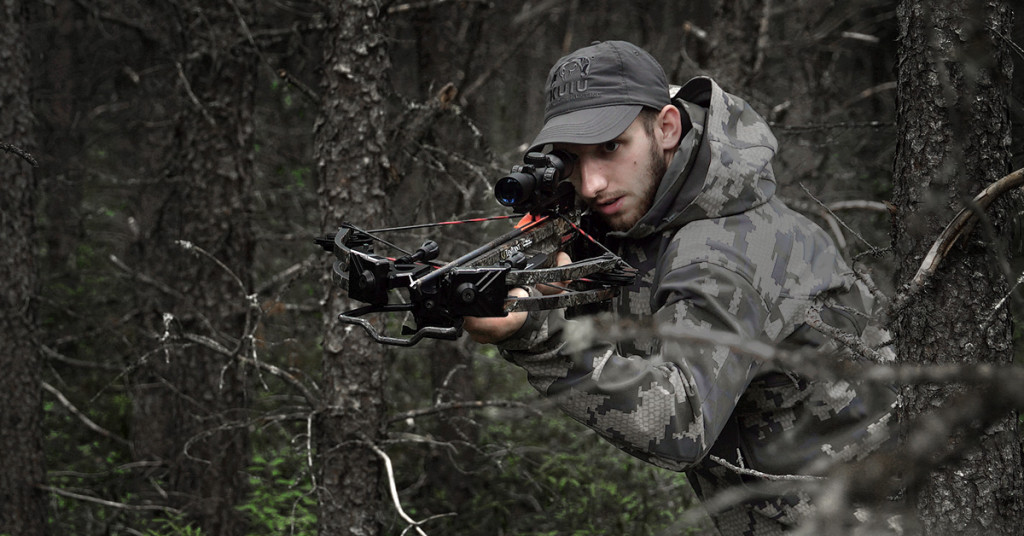 Use your binos and “walk a little, look a lot.” You’ll find you will spot deer before they see you, allowing you to plan a stalk or set up an impromptu ambush. If you’re hunting with a crossbow, this could be simply lying behind a log or in a slight dip in the terrain and shooting from the prone position. Again, something vertical bows do not allow you to do effectively.

Most hunters work scent during the pre-rut and rut, then ignore it completely after the centerfire season is over. 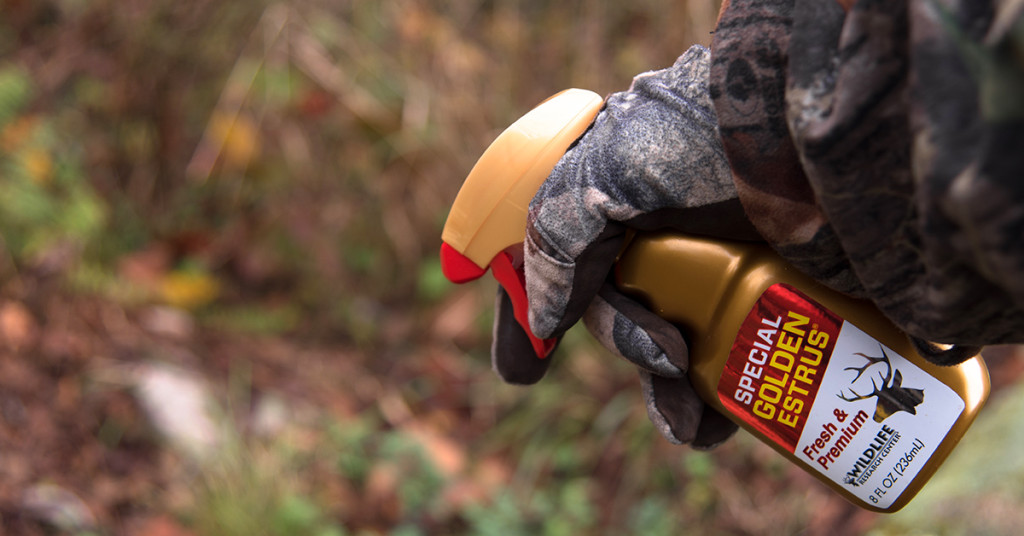 Although bucks aren’t running as hot as they were a few weeks ago, they will still key in on estrus doe scent—especially in December, when the almost mythical “second-heat” comes on. Be ready and make a stink.

Armed with a fast, maneuverable crossbow and these proven post-rut strategies, the late-season can be just as productive and exciting than earlier in the year. Stay warm, and straight shooting.

For more tips and techniques for hunting with crossbows, visit the TenPoint Crossbows blog site.