The patterns may have changed, but the big bucks are there if you have the right strategies. Here’s how…

by the HuntDaily staff; promoted by Traditions Performance Firearms

Experienced hunters know that mature bucks have an incredible knack for making themselves scarce during the general rifle season (monster bucks posted on social media by everyone but us notwithstanding!). Yet once the centerfire season is over, the big boys tend to come out of the proverbial woodwork, replenishing their fat stores for the winter and often searching for does coming into estrus for the first time. With the crowds now gone and the woods quiet once more, muzzleloader season offers one of the best opportunities not only to fill your freezer, but to also outwit those “ghost bucks” that gave you the slip earlier in the year.

Here’s what you need to know…

We’re going to start this discussion with a subject that many muzzleloader hunters don’t consider as an essential part their late-season hunting strategies, and that is ballistics. More specifically, zeroing your rifle somewhere in the 100- to 200-yard range, depending on the type of terrain and conditions you hunt. 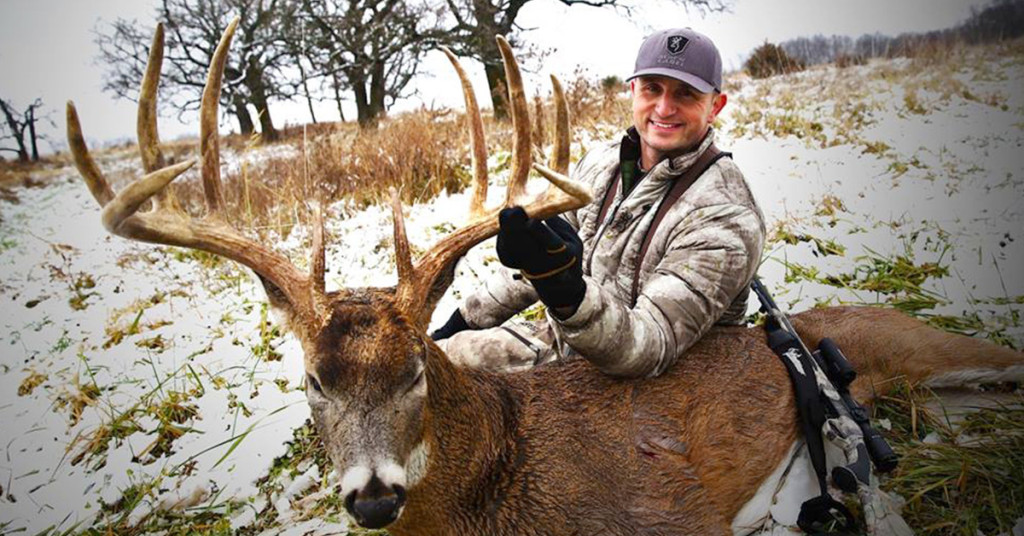 Most muzzleloader fans, especially those in the east, zero their rifles for between 50 and 75 yards and call it done. That’s fine for most woodland scenarios, however, late-season hunting often extends those distances. Down foliage lets you see and shoot farther than earlier in the year, and hunting the kind of ag fields and cut meadows that deer focus on once the woods are depleted often demands those longer shots. That said, there will always be closer shot opportunities. The point is, establishing your muzzleloader’s zero for, say, 100 yards and learning the bullet rise and drop before and after will maximize your shooting opportunities while ensuring clean, ethical kills.

Modern-day inline muzzleloaders such as the Vortek StrikerFire® topped with a quality optic and pushing jacketed bullets have no problem delivering precise, lethal shots beyond 200 yards.

Get Off the Stand

Late-season hunting is a “moving game.” Sitting in the same stand you used during archery or centerfire seasons can mean long, cold, and boring hours. That’s because everything has changed with the dwindling food sources and the post-rifle season chaos. Deer tend to move around less during the day and hang closer to thick bedding areas near their nighttime feeding grounds.

This is the time of year when still hunting is king. Still hunting means slipping along as quietly and as stealthily as possible in order to locate deer, and do so before they spot you.

Binoculars go hand-in-hand with still hunting the winter woods. Even with the foliage down and visibility extended, deer can be right on you (or vice-versa) before you know it. That usually means missed opportunities. 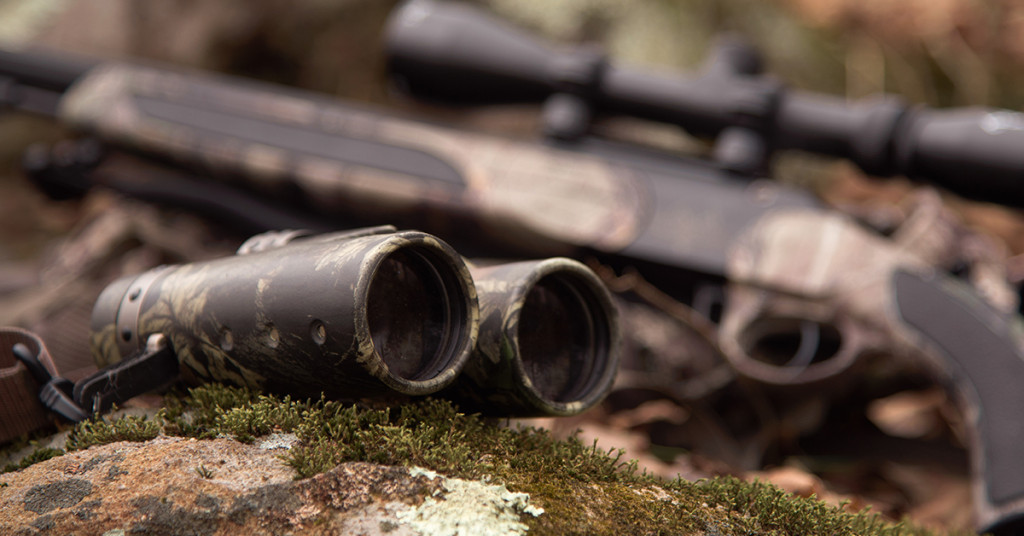 In the late season, one of the most productive strategies is to “hunt with binos.” That is to say, use your optics to look far ahead as you slowly slip through the woods. Take a few steps and scan the area ahead of you, looking for dark spots, lateral lines, white patches, and subtle tail or ear flicks. Spotting the deer far enough ahead of you gives you the stealthy edge and the chance to plan your shot.

Stay with the Food

Food is always a deer’s primary focus, but now that the salad days are over, it’s even more important as does try to pack on their reserves and bucks work to replenish themselves after the grueling rut phase.

Agriculture fields hosting remnant soybean, corn, oats, or winter wheat are always good targets for the muzzleloader hunter right before dark, as are cut hay fields. These conditions typically offer longer shots, which is why we recommend a 100-yard-zero and a solid grasp of your load ballistics. 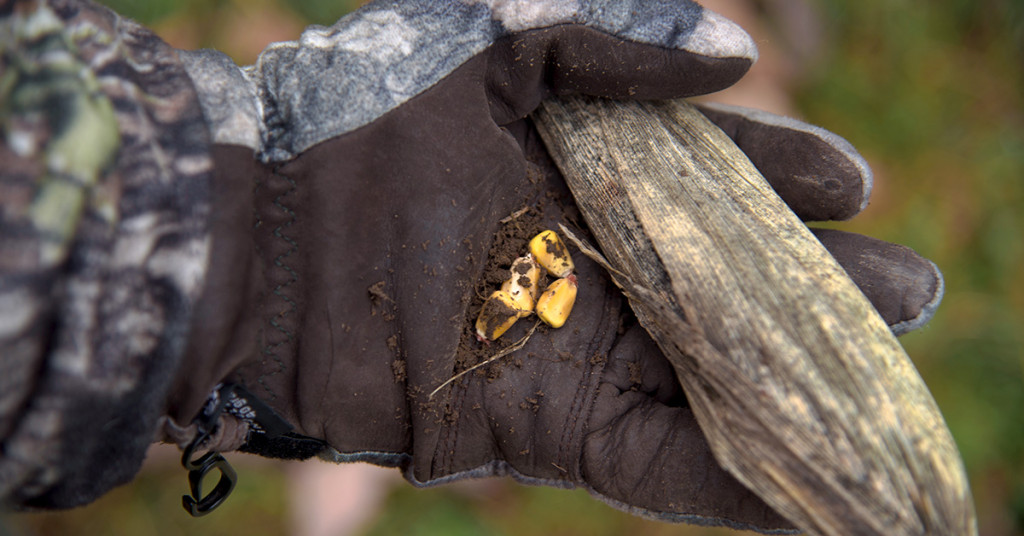 If you don’t have hunting access to ag fields, don’t despair. Woodland-bound deer will focus on what’s available under the canopy, and that usually means acorns and other hard mast still on the forest floor. Oak stands, for example, that pumped out the acorns during October will still be a magnet for deer in December as they paw and nose the ground for leftovers.

Although the main rut is over, many yearling does come into their first heat in December. This is the often-discussed, somewhat mythical second rut hunters talk about, and it’s a time when a buck will respond to and even search out those receptive young does.

If you prefer to hunt from a stand (especially near bedding areas adjacent to food sources), using estrus scent can help pull a big buck your way. 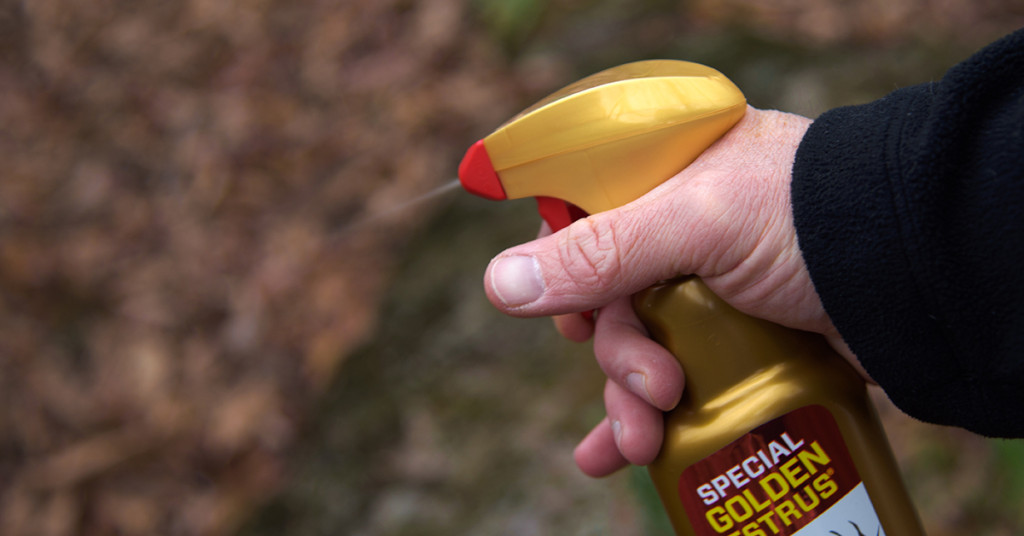 Hang with the Crowd

Last year on the last day of our muzzleloader season, we slipped up on a remote cut field right before dark. It was an all-out whitetail party, with nearly two dozen does and several bucks feeding, sparring, and having a big time. It was almost as if they were celebrating the end of hunting season.

The lesson learned…where the does play, the bucks probably aren’t far away.

For whatever reason, many hunters forget about or simply ignore the scent control strategies they applied diligently during the archery and rifle seasons. Big mistake. Scent control is still important, and for the still hunter forced to hunt in downwind circumstances, perhaps even more so.

Another tip for the muzzleloader hunter is to be ready to cover your sound. Keep your grunt/bleat tube handy. A small buck grunt or doe bleat can calm a buck that may be on to you or think that something is not quite right. 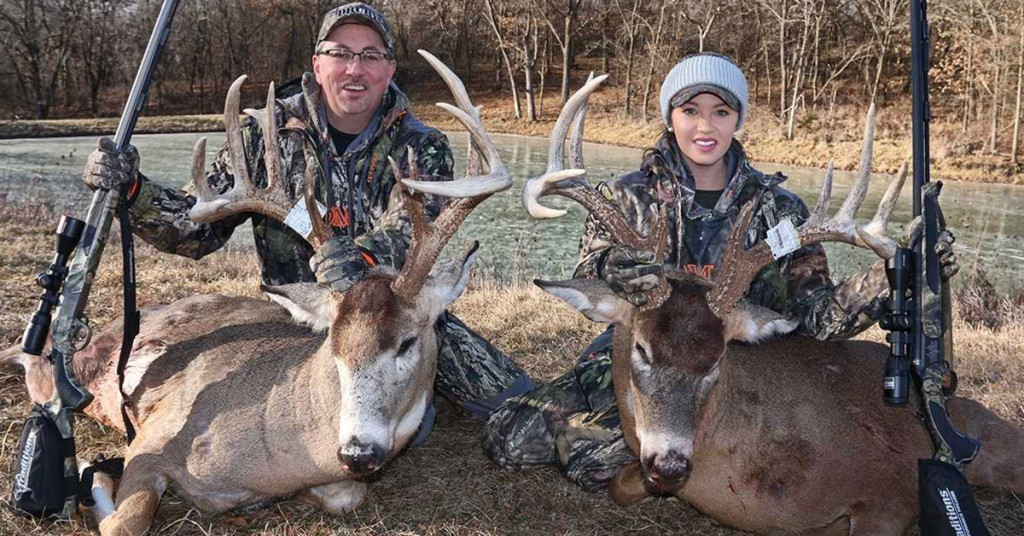 We all must do our hunting when we can, but if you can pick your time, hit the woods in the afternoon, with prime-time attention given to the hour just before dark near an open food source. Late-season deer tend to hang close to their bedding areas throughout most of the day, then pile into the fields just before dark. If there’s a good buck in the area and a young doe in estrus that’s running with the doe clan, that’s where and when you need to be.

Tools of the Late-Season Trade

As mentioned earlier, one of the great aspects of the modern muzzleloader is its phenomenal accuracy potential. We’ve been using the Traditions Vortek StrikerFire® for a few seasons now, and it has become our go-to rifle to get the job done when the clock is running out. 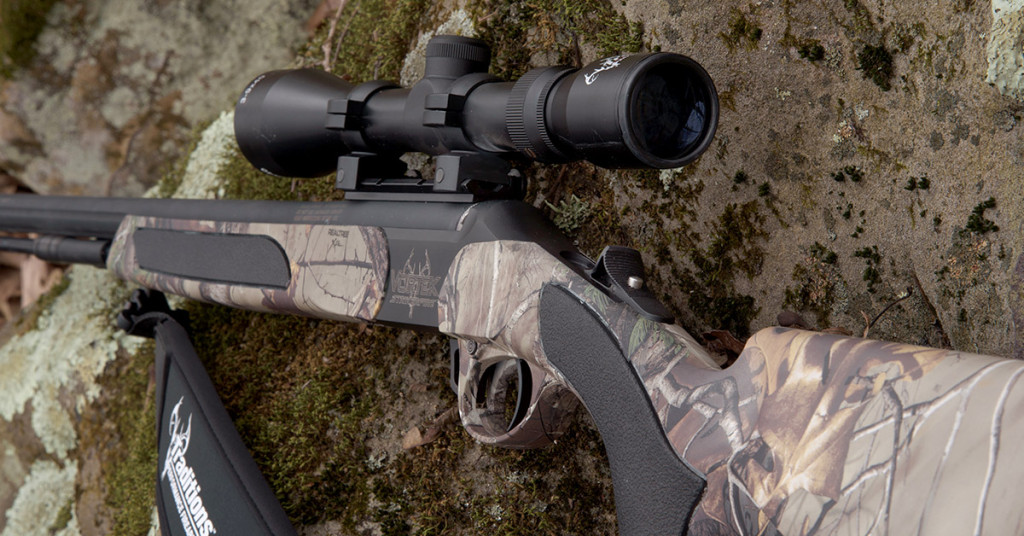 The StrikerFire® is a hammerless system that uses its namesake internal StrikerFire to impact the primer. This allows the scope to be mounted lower to the barrel bore and provides a smoother, quieter, and infinitely more ergonomic cocking/decocking configuration than conventional rifles with external hammers. Simply push the striker button forward to cock and depress the button and slide back to decock. For late-season hunting when cold weather often demands wearing heavy gloves, the StrikerFire® system makes it quick and easy to prepare for the shot. No more fumbling for the hammer with a gloved hand.

On the performance side, the Vortek StrikerFire® utilizes a premium barrel available in lengths to suit your hunting style and finished in a nitride or CeraKote coating to withstand the harsh winter environment. Cleanup in the field or at home is made easy with the Accelerator Breech Plug. It requires no tools to remove, so unloading or quick barrel swabbing in the field is a snap. When it’s cold out and your fingers are stiff, that’s a major benefit.

The “dark days” do not have to signal the end of your hunting season. By practicing these strategies and employing a high-performance muzzleloader that’s zeroed to take advantage of its inherent accuracy, hunting the late-season can be just as exciting and productive as it was earlier in the year.