by the Hunt Daily staff

Every once in a while, serendipity—that fortunate happenstance of looking for one thing and discovering something entirely unexpected—enters into the bowhunting realm. That’s what happened when the engineering team at Rage Outdoors set about to solve the occasional binding problem some three-blade mechanical broadheads experience during extraction. When the CAD programs shut down and the dust settled, a totally new broadhead design emerged—one that not only cured the binding issue, but also provided an enhanced cutting configuration and introduced a rotational factor that effectively “cores” through tissue as it pushes into the vitals of a game animal. 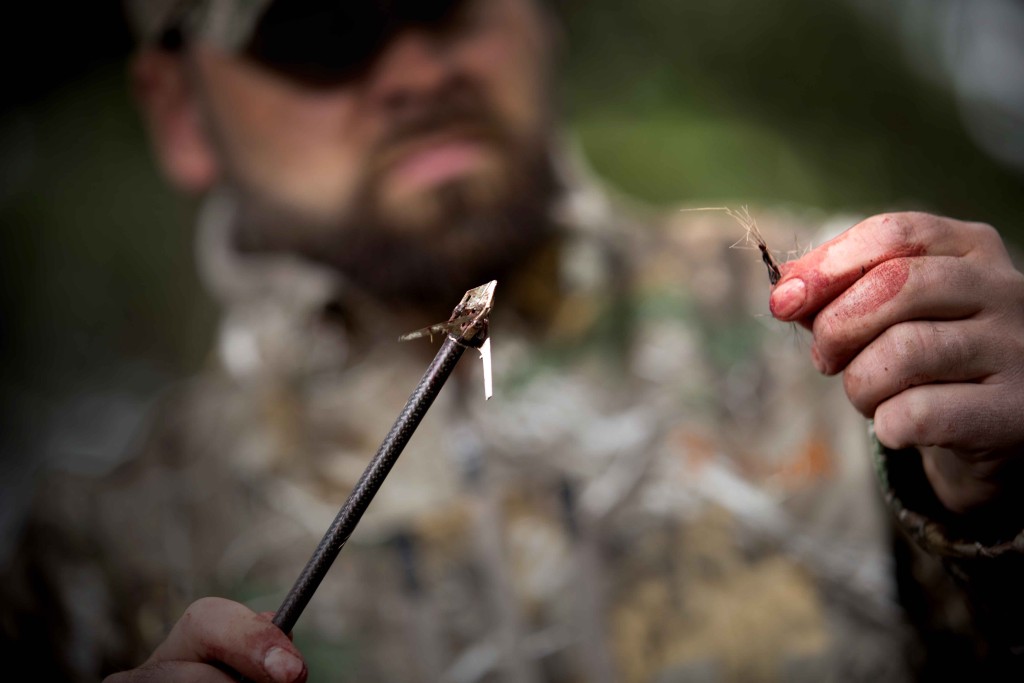 This issue of blade binding (remaining in the deployed position inside of an animal) has caused some state regulatory bodies to classify certain three-blade mechanicals as “barbed” heads. As a result, these types of broadheads are illegal in several states. The problem can occur when the blades “cam over” in the ferrule and bind against each other upon extraction (usually a result of blade distortion or organic fouling following impact). When this happens, it can create a safety issue if the bowhunter cannot remove the broadhead prior to field dressing. It can also prevent an arrow from being pulled out of an animal in the case of non-lethal shot placement (a situation where the animal has a good chance of recovery).

To solve the problem, the Rage engineers took an entirely new approach to the ferrule design. Rather than have the Slip-Cam blades pivot against each other inside the ferrule along the ferrule axis, they created a ferrule to which the blades are independently secured at a 90-degree angle. This configuration provides completely independent movement of the blades and altogether eliminates the possibility of the blades binding on extraction.

The process of developing this new platform also provided a new cut-on-contact (COC) point design for a mechanical broadhead. The precision-ground solid steel ferrule body incorporates a tri-edge point (versus a chisel or two-edge point) that delivers a large half-inch cutting diameter. That half-inch vanguard cut optimizes the pathway for the primary blades to then deploy and enter into the vitals cavity, leaving in its wake a 1.6-inch cutting diameter. Now, instead of a broadhead that has only two or, at the most, three cutting surfaces, the Rage 3-Blade provides six distinct cutting channels. The results are devastating on the internal organs of large game.

Yet another inherent advantage of the Rage 3-Blade’s unique COC tip design is its single-bevel profile. As students of broadhead designs know, an asymmetrical bevel construction such as this will induce a rotation when the broadhead penetrates an object, thus creating a “path of least resistance” for the arrow to follow. This rotational force essentially allows the broadhead to “core” its way through tissue and to maximize the devastating potential of the three primary blades. The lethal performance of the Rage 3-Blade has been proven in both controlled gelatin penetration tests and in-the-field success.

It’s not every day that you get more than you bargained for, but the new Rage 3-Blade broadhead certainly bucks those odds. Not only did this broadhead resolve the occasional extraction-binding problem of some three-blade mechanical heads, its development resulted in a revolutionary new platform with performance benefits that weren’t necessarily sought after, but are most welcome by any bowhunter looking to gain an edge in the field.