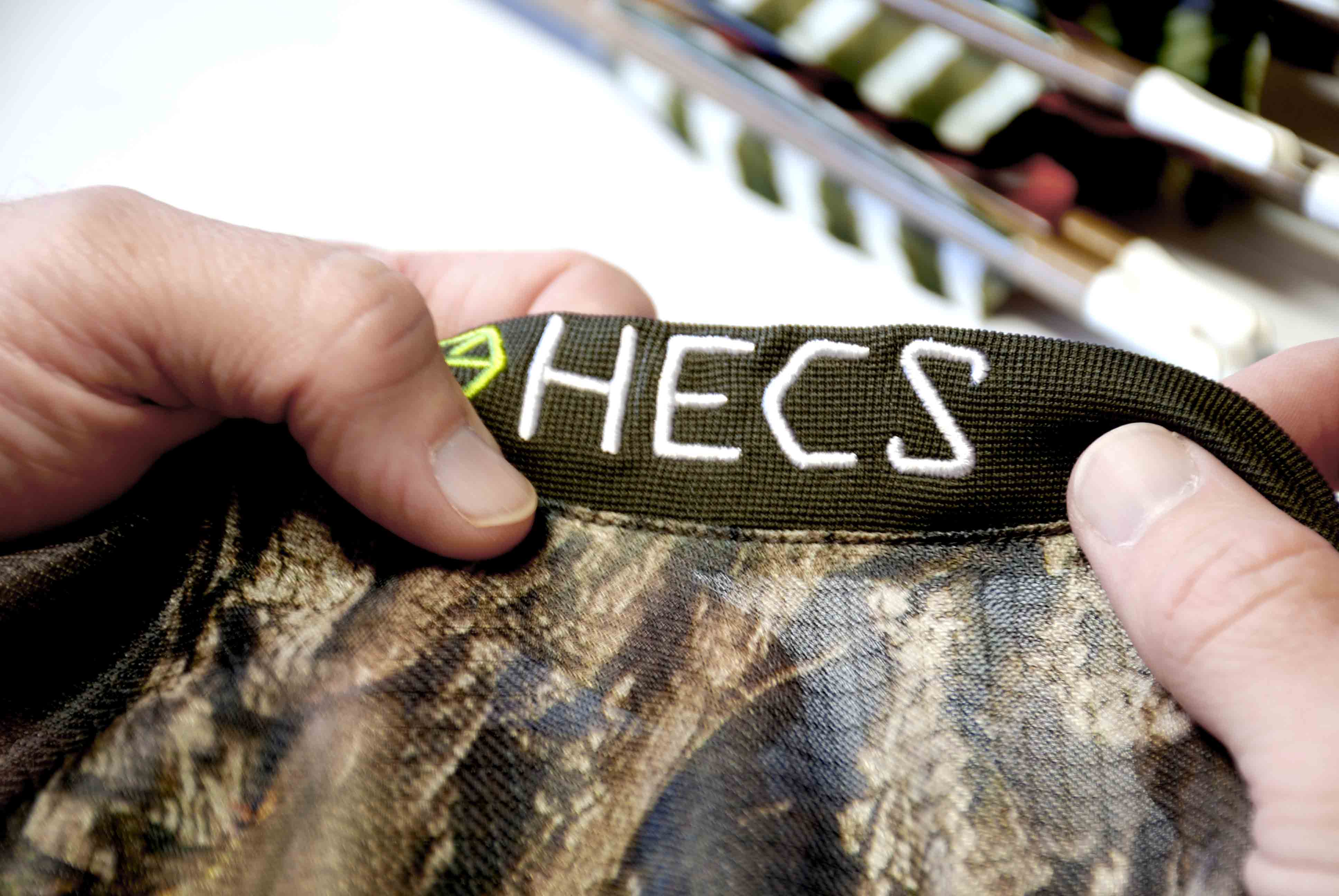 The hunting world is full of gimmicks. This isn’t one of them. If you don’t believe us, we double-dog-dare you to try it for yourself.

Ever since man first washed himself in cold creeks and slathered mud all over himself, he’s employed numerous tactics to get as close as possible to game animals. Strategies have changed since those rough days, but the game is still the same. If you want to be a consistent and efficient hunter, you have to get deep inside the kill zone—especially if you are hunting with a bow.

Ingenious (and sometimes desperate) hunters have designed many products over the years to do just that. Some worked with marginal success. Others were little more than gimmicks for the gullible.

One hunting product that has a rather unique position in the marketplace is the Stealthscreen suit by HECS. At first blush, the Stealthscreen seems like the king of all hunting gimmicks, and that’s exactly how many people who first encounter the product view it. The flip side, however, is that those who actually try the product absolutely swear by it. And from what we’ve seen, the anecdotal evidence suggests that the Stealthscreen may well be the sleeper technology of the hunting world.

Before you read another word, take a moment to watch this video and see what we’re talking about:

If you’ve ever hunted predators, you can appreciate how this bobcat reacted to the hunters (two of them, by the way, in open country). Now consider how close this hunter crawls up to these jakes…

So what exactly is going on here?

The HECS Stealthscreen suit works on the notion that animals can detect our bioelectric fields, or the electrical signature that we generate through muscle activity. This, game biologists believe, is the unseen element that causes an animal to pick us out even though we are fully camouflaged, quiet, motionless, and exercising scent control. It’s happened to all of us. We’re in a blind or treestand, the wind is in our favor, we’ve made no movement or noise, and yet a deer—for no apparent reason—zeroes in on us like a laser. What the deer and other animals are sensing in these situations is most likely our electromagnetic field. Both their ability to sense bioelectric energy and our generation of measurable, external electromagnetic fields are scientifically proven. These two facts led the Stealthscreen developers to the theory that eliminating or disrupting our electromagnetic signature could reduce or eliminate an animal’s ability to detect us in this way.

HERE’S HOW IT WORKS

The Stealthscreen suit is a lightweight mesh pant, shirt, and hood that incorporates a special carbon fiber weave. You wear the suit as an underlayer, so you can still use whatever camo outfit you prefer for the temperature and environment you’re hunting in. Like the door of a microwave oven, the carbon weave blocks and disrupts the electromagnetic field our bodies generate. Again, it may sound crazy, but the technology bears out under controlled scientific analysis.

What animals actually see or sense when they encounter a human wearing the Stealthscreen suit is anyone’s guess. What we do know from observation is that they react in a manner completely different from when we are not wearing the suit. Rather than bolting away in a panic, animals seem uncertain and confused, yet remain relatively calm. They know “something” is there, but whatever that “something” is, it doesn’t elicit the typical panic reaction that we’re used to seeing. 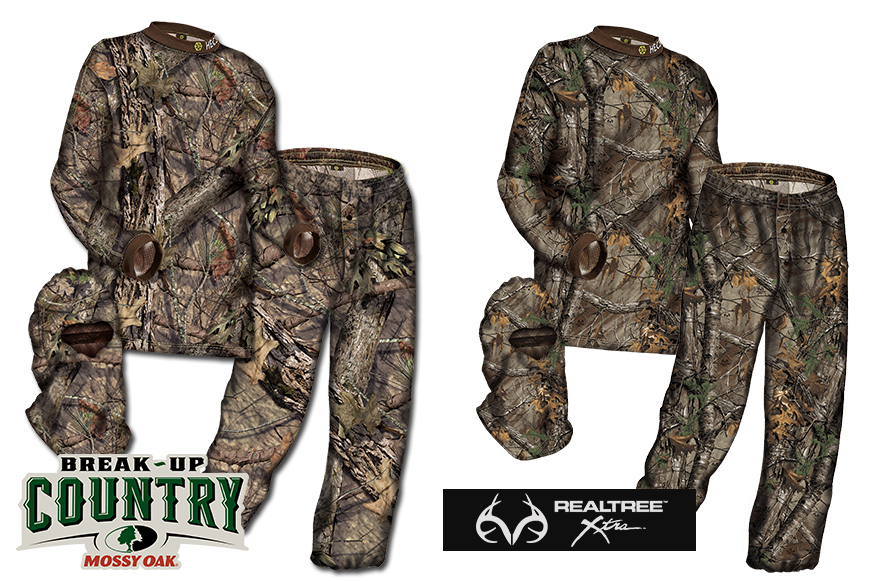 I’ve been wearing the HECS Stealthscreen suit since the opening of our archery season a week ago. My first whitetail encounter was with a doe that came bustling out of the woods as I was walking a field edge. She was about 20 yards away before she saw me standing in the open. She stopped, looked, did the head-move thing, then turned away and took a wide, unhurried course around me. Usually that would have caused a deer to snort and bolt for cover.

My second experience came when I was still-hunting through the woods along a different patch of edge cover. A pile of does and a four-point jumped out of the edge cover, looped around in the field, then came back—only this time closer to me than when I had busted them. They had me pegged, but they were not all that excited. After several minutes of milling around, they wandered off seemingly unafraid.

My third experience came only minutes after the second. I walked through the crunchy leaves for about 20 yards and spotted a small buck about 40 yards away. He had seen me and got up out of his bed. We stared at each other for several minutes, and then he started to feed. About that time, I caught a glimpse of a second deer—another buck. I stood and watched them both in the open woods for another ten minutes before backing out. They never did spook even though I was fully visible.

As you can see from my experience, and those of the hunters on the videos presented here, the Stealthscreen suit does not make you invisible, and it doesn’t mean you can throw good hunting craft out the window when wearing it. You still must mitigate your scent, noise, and body motion. What the suit absolutely does do is provide you with another layer of stealth that keeps animals that are within your kill zone from panicking if they do detect your presence. And that is exactly the opportunity you need to make those close shots.

While the Stealthscreen technology is a boon for bowhunters, we can see the tremendous advantages it will give us when our deer rifle season rolls around. In the close woods and tight ridgelines of the Appalachians, dropping a big buck usually means waiting for a hot doe to pass us by. If we spook the doe, the game is over. We’ll put our chips this year on the Stealthscreen suit keeping the does calm long enough for the big guy to get in range.

But, hey. Don’t take our word for it; We were just as skeptical as you probably are now. Check out the videos on this page, and then go to the HECS Stealthscreen website for a deep-dive into this little-known hunting technology.

Although as of this writing, I have yet to take a deer with my bow this season, but from what I have experienced while wearing the Stealthscreen suit this past week, it absolutely is making a difference in how whitetails are reacting to me. I can only imagine what next spring’s turkey season is going to be like!