It’s not often that something comes along to get us waterfowlers all hot and bothered (“waterfowlers” and “hot” are, after all, mutually exclusive concepts). This year, however, we’re a bit more excited than usual. That’s because we can now use one of our favorite ammo brands across our entire repertoire of fowling pieces and chokes. 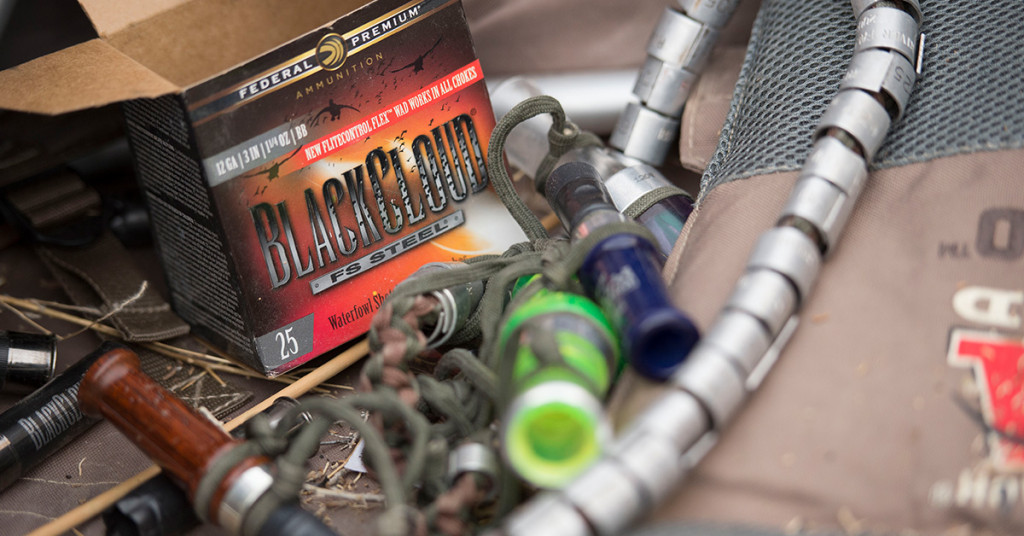 When Black Cloud first hit the shelves, it changed the way we looked at steel shot loads. Rather than “spray and pray,” here was a load not only capable of holding a tight shot column out to that magic 40-yard mark and beyond, but one that also delivered long-distance lethality in terms of downrange energy and improved wound channels that far surpassed conventional steel shot loads.

How did Black Cloud accomplish these tasks? Most of the credit fell on the cartridge’s revolutionary FLITECONTROL wad and the inclusion of an unorthodox shot profile.

The FLITECONTROL wad has been at the heart of the original Black Cloud ammo since its inception. This was a revolutionary design that truly broke convention, and one we likened to a two-stage rocket booster (minus the boost).

Conventional shotshell wads have petals that open from the front to release their shot column, which they do rather quickly along the flight path. The original FLITECONTROL wad design, on the other hand, has petals that deploy rearward like a flared skirt or a drag chute. When it reaches optimal distance, the FLITECONTROL wad is “dragged off” the shot column. 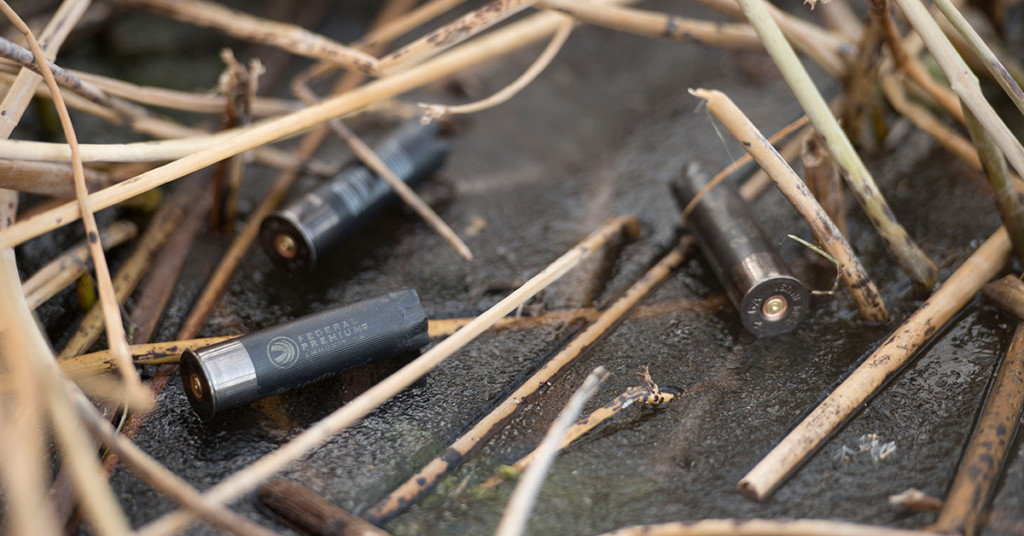 And just what is that optimal distance? Whereas standard wads are typically found lying 10 to 20 yards from the shooter, we’ve picked up FLITECONTROL wads out to 40 yards. This slower, controlled separation of the wad from the shot column allows the shot string to hold its integrity a significant distance farther than standard loads, and to deliver even, more consistent patterns in the 40 yards-plus range. Good stuff for open-field geese.

The other advantage of Black Cloud is its dual-pellet configuration. Sixty percent of the shot mix is zinc-plated steel pellets with the remaining 40 percent comprised of Federal Premium’s unique FLITESTOPPER steel pellets. The latter are encircled by a raised cutting ring that creates a larger wound channel than standard round pellets. The result is that not only have we enjoyed putting more shot in birds beyond the outer edge of our old steel shot’s range, the improved lethality of the FLITESTOPPER pellets has reduced our wounding rate considerably.

But as they say, there is no free lunch. Those of you who have used the first generation of Black Cloud across several shotgun configurations might know that certain ported choke designs did not always allow Black Cloud loads to achieve their full potential.

Well, no more. For 2017, Federal Premium has developed the second generation of Black Cloud ammo—and now all our waterfowl chokes can come out and play.

Several key changes have been made to the Black Cloud round, most significant being a redesign of the FLITECONTROL wad. The wad design has always hinged upon the deployment of its rear-mounted petals, which use muzzle pressure to pop open upon exiting the barrel. However, since ported chokes reduce muzzle pressure, they often didn’t provide enough energy to deploy these petals in the original design, leading to inconsistent performance. The FLITECONTROL FLEX wad overcomes this with a more, as the name suggests, flexible set of petals with unique gussets that deploy with far less muzzle pressure. Also, whereas the original FLITECONTROL wad featured small, forward-opening vent wings on the side to allow the shot string to eventually separate from the wad itself, the all-new FLITECONTROL FLEX replaces them with strategically placed slits around the wad body, further enhancing compatibility with both ported and standard chokes.

The next prominent changes come in the ignition and propellant departments.

If you’re familiar with current Federal ammo brands, you might already know that the company’s new Catalyst high-performance primer is beginning to replace conventional lead styphnate-based primers. The upshot is a primer that delivers an exceptionally hot ignition that burns the propellant much more efficiently and completely.

The propellant itself has also been reformulated to burn cleaner and to be more temperature-stable. That’s welcome news for those of us who hunt hard from the warm days of the early season through the bitter cold of the season’s final countdown. Combined with the efficiency of the new primer, this propellant also translates to less barrel fouling and residue, which is a bonus since we can now look forward to shooting Black Cloud through our grunge-prone ported chokes.

Duck and goose hunters can find Black Cloud FS Steel in 3½-inch 10-gauge, 2¾- to 3½-inch 12-gauge, and 3-inch 20-gauge, with shot sizes ranging from BBB down to #4. To reach out farther or to shorten your lead time, Black Cloud FS Steel High Velocity (1,635 fps) may be your 12-gauge ticket. Of course, Black Cloud’s relatively new FS Steel Close Range is your best bet for full-pattern dispersal when shooting close-range ducks over decoys or flooded timber.

When it hit the market several years ago, waterfowlers quickly recognized Black Cloud’s game-changing status. Here was the steel shot solution we’d all been waiting for. Now, with the second incarnation of Black Cloud on the street, we’re excited to not only see the ammo performance benchmark pushed to the next level, we’re thrilled to help set that benchmark with our entire waterfowl arsenal.