RDX technology has totally changed the bowhunting game. You won’t believe how light and maneuverable these crossbows have become.

The most radical and futuristic crossbow style, bar none, is attributed to Reverse Draw (RDX) technology. Some even say this design produces the best crossbows on the market.

At first glance, you’ll notice the crossbow seems to have been built in reverse, with the riser behind the limbs and cams, respective to the shooter. Often featuring much larger cams and a much more compact overall appearance, these crossbows are impressive both in looks and performance. Just wait until you understand the benefits of that design. You’ll be running as fast as you can to your nearest archery shop to test one out for yourself. 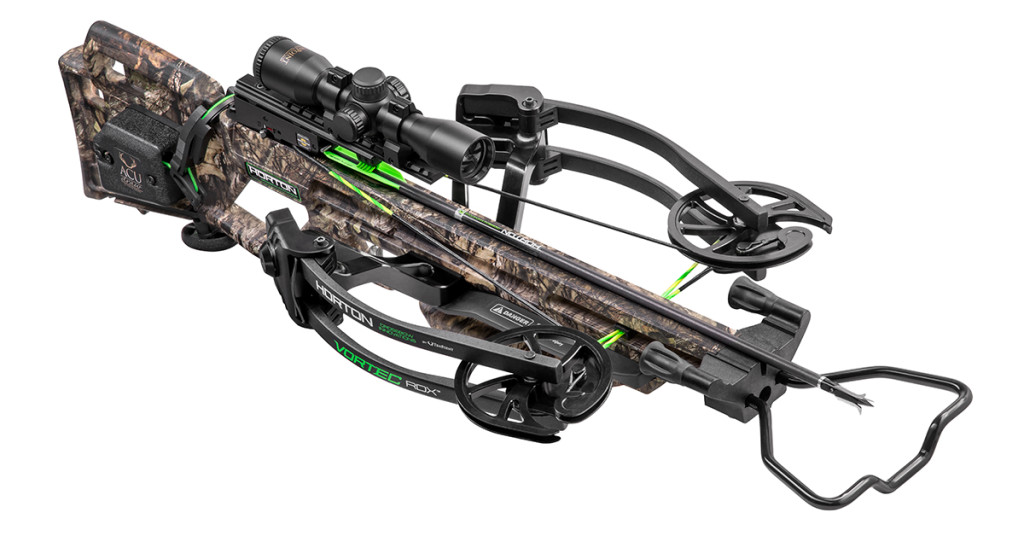 Balance, like a well-trained gymnast, is the key to the success of RDX crossbows. The strategic placement of the riser in the middle of the bow moves most of the weight backward, aligning it between your fore grip hand the rear of the stock. Impeccable maneuverability, especially in tight quarters, is the result. That’s a big advantage to ground blind and tree stand hunters. 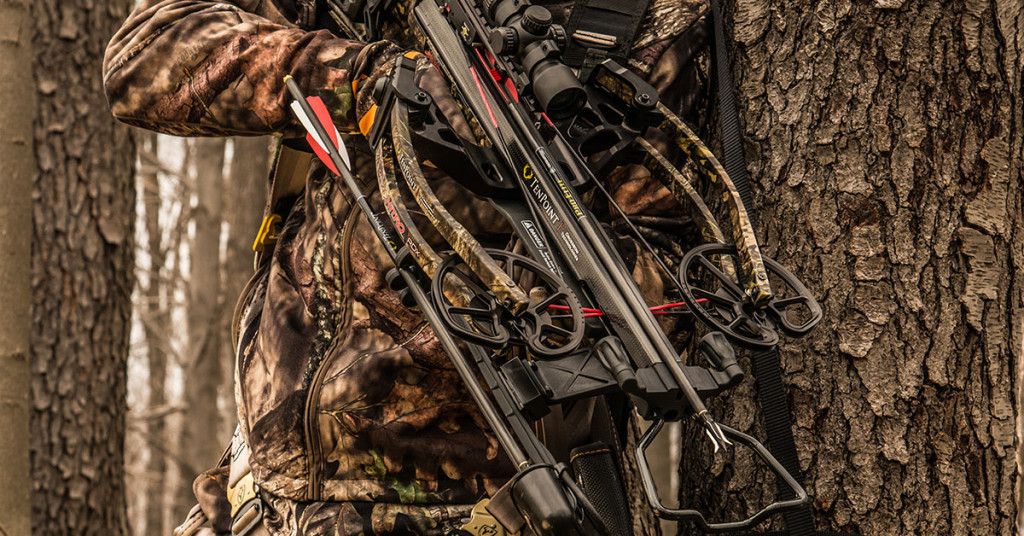 Upon shouldering an RDX crossbow, you’ll find it provides you with easier and quicker target acquisition, and a more stable shooting platform even without the aid of a rest. You’ll also notice the ability to both follow a moving target with a smoother path and to aim at a stationary point with greater precision for a far greater period of time. That is what the superior balance of an RDX crossbow provides. Couple that benefit with the narrower axle-to-axle width and the greater speed due to an increased power stroke, and you can understand that RDX technology is more than just a new way to send an arrow downrange.

Take, for example, the 2017 Horton Vortec RDX. Manufactured under the same roof and by the same personnel as those who build the TenPoint Crossbow Technologies crossbows, it’s no wonder this little RDX boasts serious credentials and performance. Pick up the Vortec RDX and you’ll swear you’re holding one of the lightest crossbows ever built. There’s a reason for that—it weighs a mere 7.6 pounds. Between the light weight and delicious balance courtesy of the RDX technology and riser position in the stock, the Vortec, this is a crossbow you won’t mind carrying all day.

Furthermore, the Vortec RDX is just over 9 inches wide when cocked. If you hunt in ground blinds or in tight-quartered tree stand setups, this crossbow will significantly minimize the chances of bumping into something or making noise and spooking game.

The nitty-gritty of the Vortec RDX in terms of performance is quite impressive as well. When you throw out a number like 340 feet per second, which is what the Vortec RDX shoots, you might say, “There are a lot of crossbows that shoot faster.” But do they do it with a simple 135 pounds of draw weight? Couple that with the fact that the Vortec RDX, like all other crossbows in the TenPoint, Horton, and Wicked Ridge line-ups, comes bore-sighted at 20 yards right from the factory, and you’ve got a hunting tool that is as close to “ready to go” out of the box as it gets. Take a few practice shots to fine-tune the 3X illuminated scope included in the package and you’re ready to hit the woods. 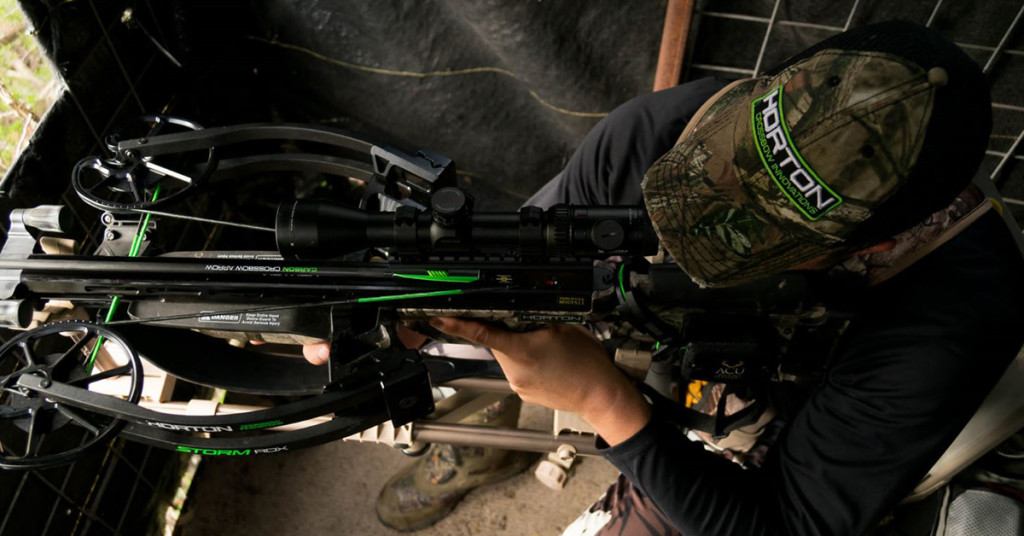 Another benefit we like about the Vortec RDX is the choice of cocking devices. Outfitted with either the TenPoint patented ACUdraw (an integrated crank cocking device that reduces the force required to cock the crossbow to an easy five pounds) or the Dedd Sled 50 rope cocking device (that reduces draw weight by 50%), it’s hard to beat the efficiency and performance this crossbow.

Unmatched balance, exceptional maneuverability, and radical aesthetics place the Vortec RDX at the top of the “must-have” crossbow list for 2017. Test one at your local archery shop today and experience the benefits of the Vortec RDX and other RDX crossbows first-hand. You won’t be disappointed. 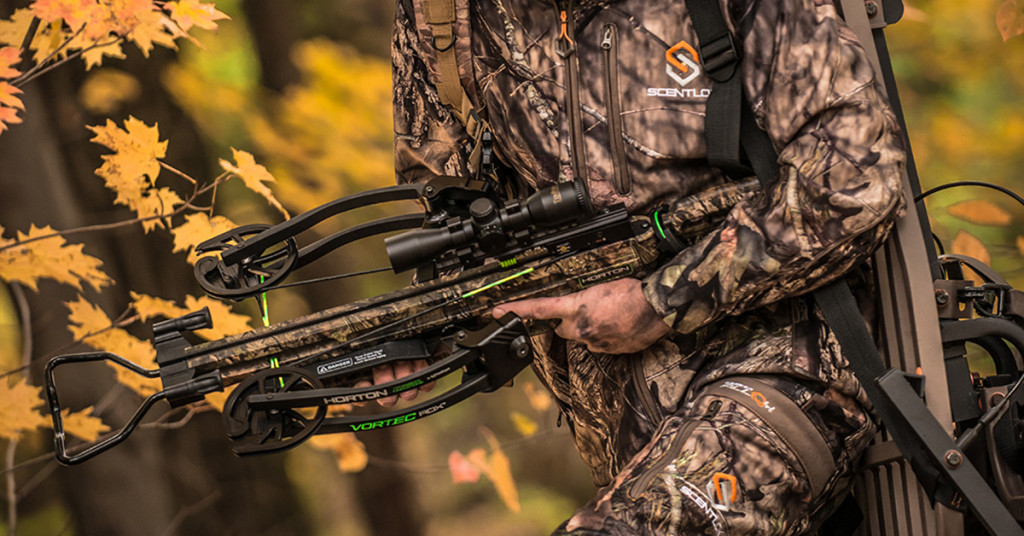