Muzzleloader hunting is a great way to expand your hunting season, put more meat in the freezer, and add an exciting, new challenge to your outdoor experience. Fortunately, getting started is both easy and economical.

Would you like to double or triple your deer hunting season? How about get an extra buck tag or one of those nearly impossible-to-draw limited draw tags for elk, moose, or mule deer? If you answered, “Yes,” then give muzzleloader hunting a try. Many states now offer special early muzzleloader seasons, late seasons, or both, and once you begin to enjoy the intense bond between you and your custom hunting tool, you may want to use it during regular firearm seasons as well.

Muzzleloader rifles forge a closer bond between you and your rifle because you are involved with every step of the shooting process. With a muzzleloader, every load is a hand load and you can tailor a single rifle for a variety of bullets and shooting situations. Many Western states offer special muzzleloader seasons for which the draw odds are much better than center-fire seasons, and you can up your load potential for the biggest of beasts. 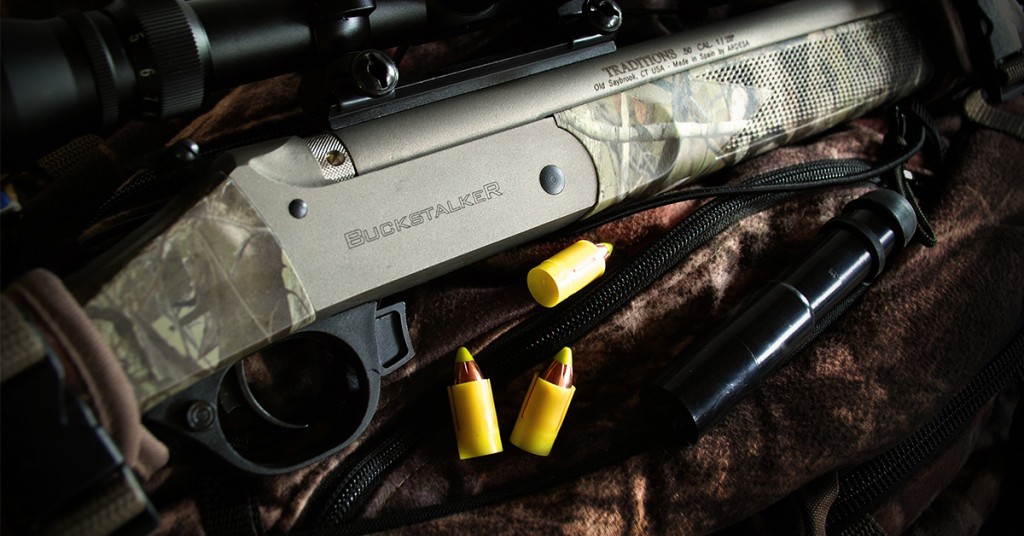 Like the Star Wars movie series, at least at the first set, there are three types of muzzleloader rifles: sidelock flintlock, sidelock percussion cap, and inline percussion. The flintlock ignition system was used during the Revolutionary War and involves a flash pan that causes a small amount of fine powder to ignite and touch off the main charge…sometimes. These are affectionately known as “flinch-locks” in some circles because the shooter must hold a steady aim while a small explosion occurs in front of his nose.

Percussion cap ignition replaced the open pan of powder, greatly increasing the reliability of ignition—especially in inclement weather. When a hammer strikes the percussion cap, it sends a spark through a small tube (nipple) directly to the powder charge.

Both of these ignition types have their loyal fans, yet pragmatic modern hunters want their rifle to go “boom” with 100-percent certainty, and so opt for “in-line” ignition, which uses modern shotgun primers to send a spark in a straight line to the powder charge.

Inline percussion rifles are the modern interpretation of the hunting weapon of our forebears—they are also easy to clean, easy to use, and exceptionally accurate when paired with quality powder, bullets, and modern optics. Since measuring powder in the field or a tree stand can be difficult, hunters often opt for pelletized powder. Pellets are slightly smaller than the rifle’s bore size and usually measure exactly 50 grains so that you can use one pellet for small game, two for deer, and three for a maximum charge. Bullets are easier to load thanks to special sabots that are sub-barrel diameter yet expand upon ignition to provide plenty of power. Finally, scopes in varying magnifications and red dot optics help make each shot consistently accurate.

Gear to Get Started

You can get into a muzzleloader hunting without breaking the bank. One of the best starters we’ve used is the Traditions Buckstalker, and it looks like anything but an entry level rifle. Dressed in Realtree Camouflage, black composite, or a variety of finishes, the Buckstalker comes ready to mount a scope or red dot optic. Weighing just six pounds with a 24-inch barrel that assures a full powder burn, this rifle is accurate to 200 yards and beyond. The Accelerator Breech Plug removes in just three turns, which makes the rifle a breeze to clean.

Once you have the rifle, Traditions also offers everything you need to go from the box to the bull’s-eye in no time flat. Hunter’s often carry a small pouch called a “possibles” bag, in which they keep their gear. You won’t need much and you can find it all at the Traditions website under “accessories” or at your local dealer.

Once you are used to building your loads and you get your rifle zeroed, you’ll be surprised how far you can shoot accurately, and how quickly you can load your rifle once you get the hang of the process. If you have a new or reluctant shooter, the muzzleloader is an ideal introduction to shooting since they get to see how the process works and you can load the rifle to meet their physical limitations. Don’t forget the ear and eye protection, and get ready for super youthful exuberance when the white smoke flies.

Muzzleloader rifles also offer great fun beyond the hunting aspect—particularly during the summer range days. The pace is slower than when shooting conventional cartridge rifles, so you can actually have fun without worrying about losing $1-$2 per shot as you would with your high-powered center-fire rifle. Muzzleloaders also make for great summer varmint hunting, and a savvy squirrel that you “smoked” yourself will never taste better.

Whether you are a shooter, a hunter, or both, owning a muzzleloader rifle like the Traditions Buckstalker is an inexpensive investment that will pay enormous dividends in time afield and venison for the table. Aside from shooting and hunting accomplishments, you also gain the self-reliance, confidence, and satisfaction of doing it yourself.