A big buck’s nose is working overtime right now. Here’s the easy way to use that to your advantage.

It’s that time of year again. The rut is on and bucks are transitioning from their somewhat predictable pre-rut patterns to the almost manic rut phase. In other words, a buck’s normal “day in the life” has turned to “time to find a hot doe” mode. That’s good news for hunters because those nocturnal monsters are now popping up during legal shooting hours…anywhere, any time. They’re on the hunt for receptive does, and where they’ll go, no one knows, but…

If you want to stack the odds of intercepting an amorous buck in your favor, you can do it by giving him what he’s looking for—a doe in estrus.

When does come into heat (estrus) and are ready to be bred, hormones released into their urine act like a flashing, five-alarm beacon to mature bucks. Bucks are naturally tuned in to this scent, and it is their “olfactory radar” that puts them onto receptive does. Consequently, a buck will home in on this scent. Kind of like most of us are triggered by the smell of steaks on the grill. Waft that aroma under our noses and we will come. Ditto for a buck who catches a snootful of a doe in estrus.

There are several commercial scents on the market today that are designed to mimic an estrus doe. Typically, these combine real doe urine with a synthetic estrus scent. A few are a bit more sophisticated and use real estrus. Our favorite is Special Golden Estrus from Wildlife Research Center. 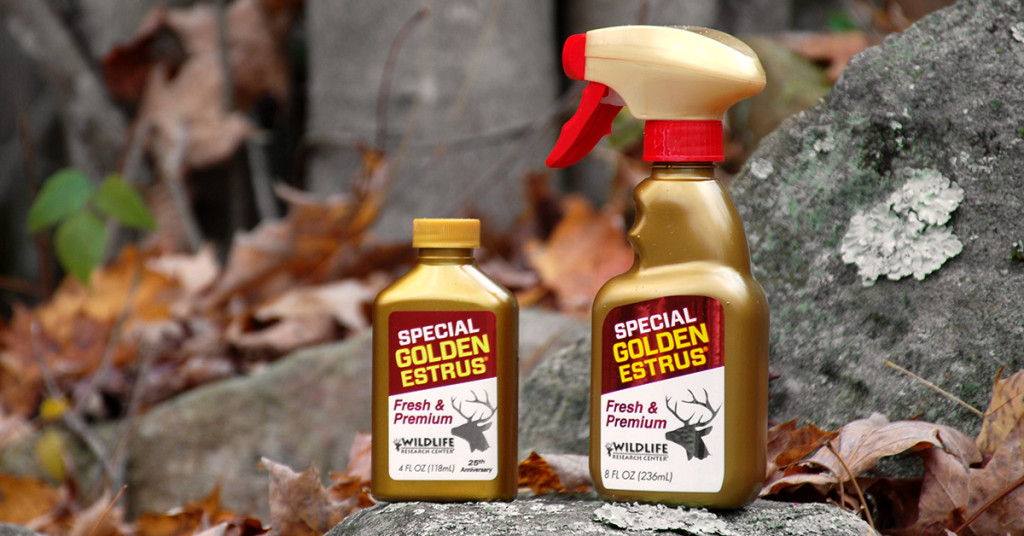 We like Special Golden Estrus this time of year because it is the highest quality and freshest urine/estrus combination we’ve found on the market. It’s so fresh, in fact, that it is procured and blended specifically for the current hunting season for guaranteed maximum strength and performance. Another thing we like about Special Golden Estrus is that it comes in two forms—bottle and spray. More on the dual strategies for using each of those in a moment.

It’s Still All About Location

Let’s clear up one myth right away. While bucks are now on the constant hunt for does in estrus, that does not mean you can use an estrus scent just anywhere and expect a big one to waltz under your stand. Even during the rut, the fundamental strategies for hunting whitetail remain—you must be where the deer are. That means bedding areas, funnels, feeding areas, and the usual travel routes. Think of attracting scents such as doe estrus as a means to draw in a buck that is skirting the perimeter of your stand. You’re not trying to bring in a buck that’s a ridge away, but the one that is traveling a hundred yards or so out of range. 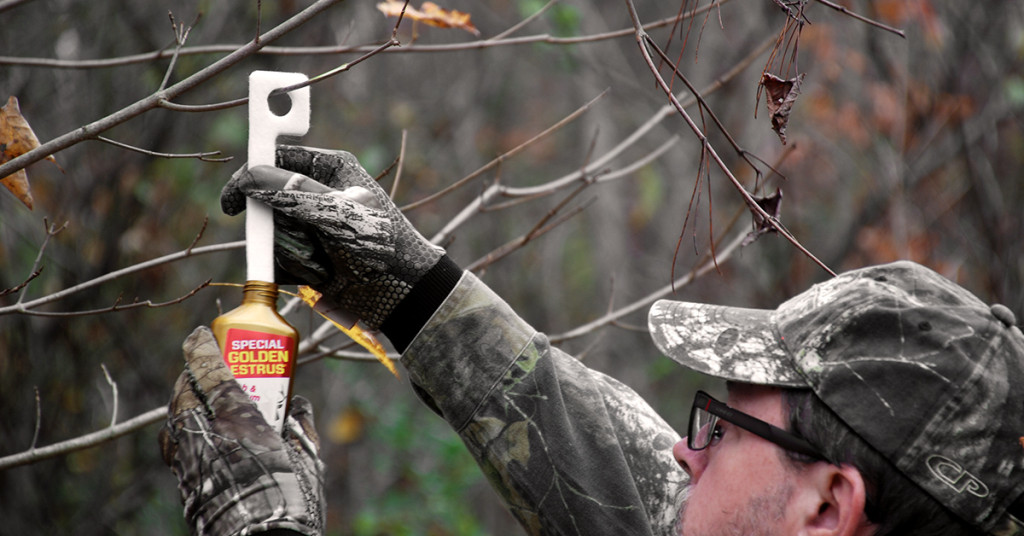 So, you’ve set up in an area with known and frequent deer activity—along a scrape line, a funnel, or near a feeding area. How do you use your doe estrus scent for maximum buck-attracting efficiency? The dip-and-wick method is hard to beat.

Wildlife Research Center offers several synthetic wicks that work perfectly for setting up a scent perimeter. Our preferred wicks are the Quik-Wiks because the wick protrudes from a plastic dispenser that we can hang on a limb. If we need to move to a new location, the wick slides back inside the dispenser and is secured with a screw cap. It’s the perfect no-muss, no-fuss solution. For stationary hunting, the Key-Wick works well. Simply douse it in your scent and hang it from a limb. Both style of wicks can be refreshed as needed. 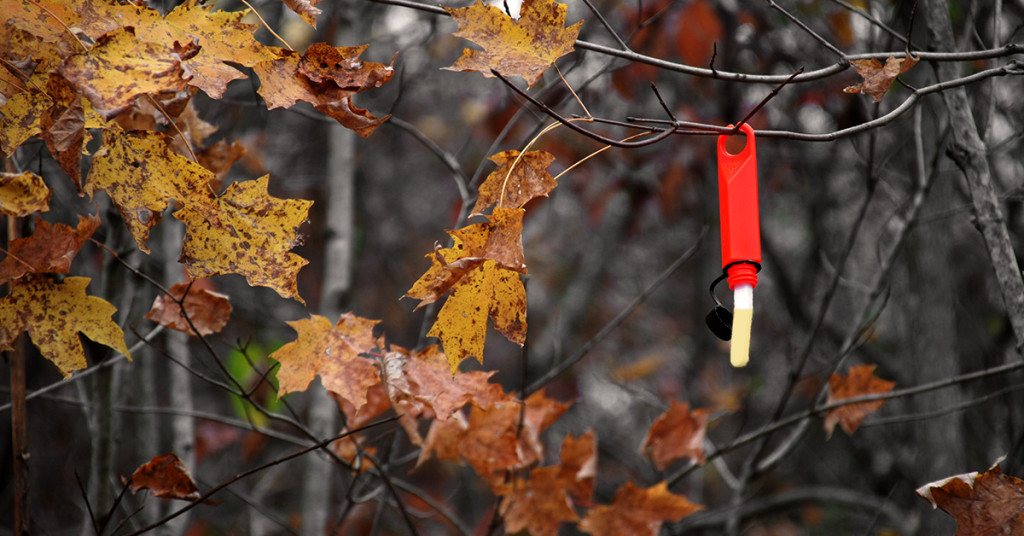 The best way to use wicks like these is to set them around your stand in a 180-degree perimeter, out to your comfortable shooting range. This keeps your scent at a minimum when a buck comes in to investigate, yet stops them within your lethal shooting distance. Placing saturated wicks in this manner also ensures maximum perimeter saturation, and lets the scent catch shifting airflows. 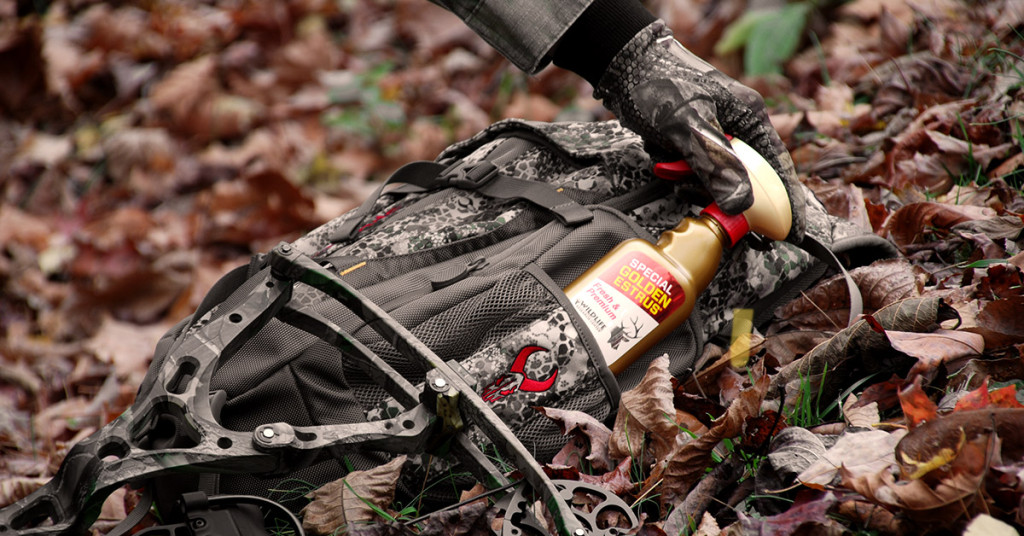 We’ve found the scented wicks to work effectively, but after several hours in the stand, a little boost can help. That’s why we keep a bottle of Special Golden Estrus spray in our pack. The delivery system atomizes the scent for optimal dispersal into the air currents. This works from ground blinds, but is really effective when hunting from a treestand. We’ll spray into the air two or three times during the day if the bucks are moving sluggishly. 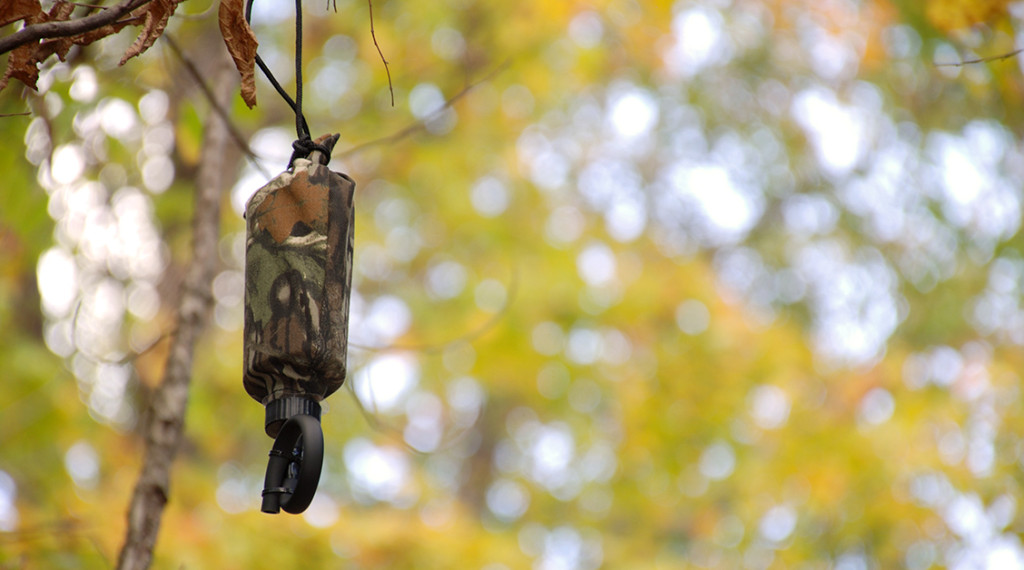 Turn on the Drip

We run scent drips over natural and mock scrapes during the pre-rut using the Magnum Scrape-Dripper to get those nocturnal bucks to show up during the day. That same strategy can also be a big help during the rut.

Bucks are on the go 24/7 right now, but their routine may not include visiting your hunting area when you want them to. The Magnum Scrape-Dripper is engineered to release scent only during the day as temperatures rise. Using Special Golden Estrus in the dripper can encourage bucks to hit those scrapes during daylight hours in hopes of catching that hot doe.

Another thing to remember is that estrus scent can also be a last-ditch strategy when the prime rut is over. Does that did not get bred during the rut can come into estrus again during December. A buck can certainly be drawn in with scent during this time, so if you’re still looking for Mr. Big during late archery or muzzleloader seasons, don’t leave your estrus scent at home. 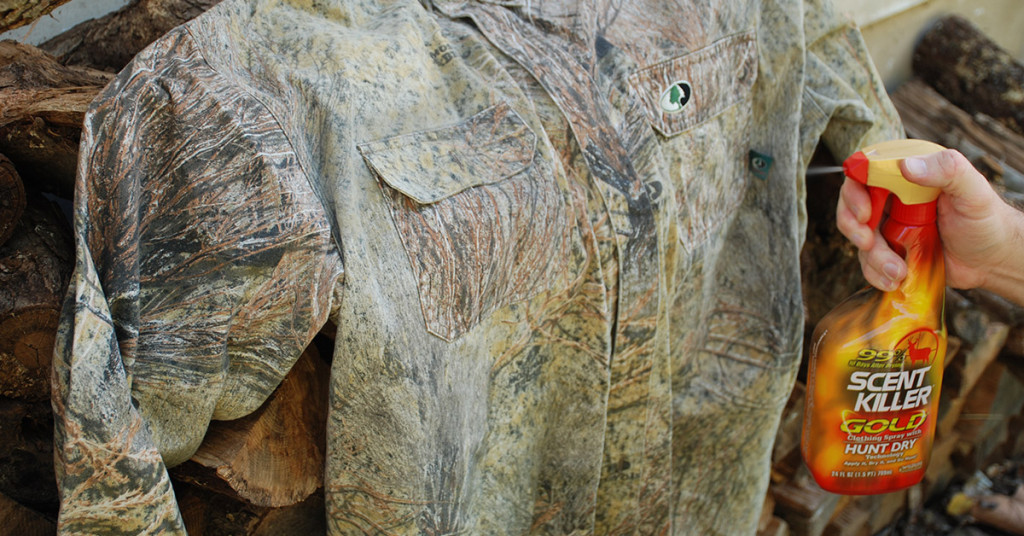 Hunting the rut on your terms centers on good scent strategies. That includes minimizing YOUR scent as well. We like to take a “global” approach to reducing our scent by using a brace of products that are also produced by Wildlife Research Center—specifically, the Scent Killer Gold line of products. We wash our clothes with it, wash ourselves with it, and spray down everything else with it before we hit the woods. Scent management is important throughout hunting season, but at a time when a buck’s nose is working overdrive, we feel it’s even more important that we keep ourselves, our equipment, and our hunting area free of human odor.

Big bucks are being led by their proverbial noses right now. By applying these simple strategies to your hunting game, your chances of success will increase exponentially. 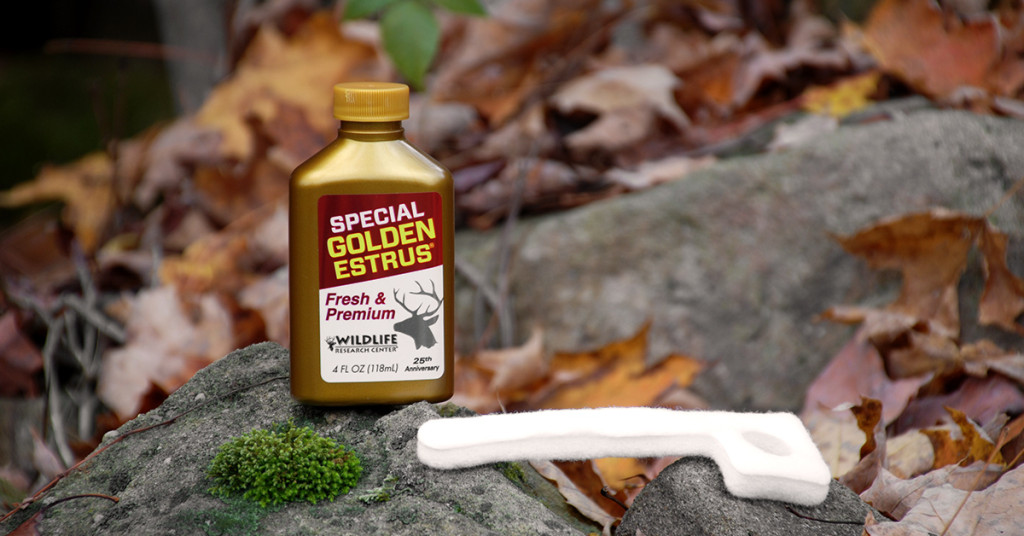