by the HuntDaily staff; promoted by TenPoint Crossbows

Aside from October and November, January is arguably our next favorite time of year. It’s not that we’re into frostbite and frozen water pipes, but this is when the outdoor trade shows kick into overdrive and the newest hunting gear is on display.

First up is the Archery Trade Association show. For 2018, the big takeaway is the all-new Stealth NXT from TenPoint Crossbow Technologies.

TenPoint is no stranger to innovation in the crossbow marketplace. The company’s patent list is extensive, and the fact that their crossbows are designed, engineered, and made in America is a welcome bonus. We’ve tested and used several TenPoint crossbows over the years, as well as family-brand platforms by Wicked Ridge Crossbows and Horton Crossbow Innovations, and we always come away with renewed appreciation for the company’s attention to quality, performance, and customer satisfaction. Naturally, when we got the in-person look at new golden child of the 2018 TenPoint lineup, our first question was, “When can we get one?” 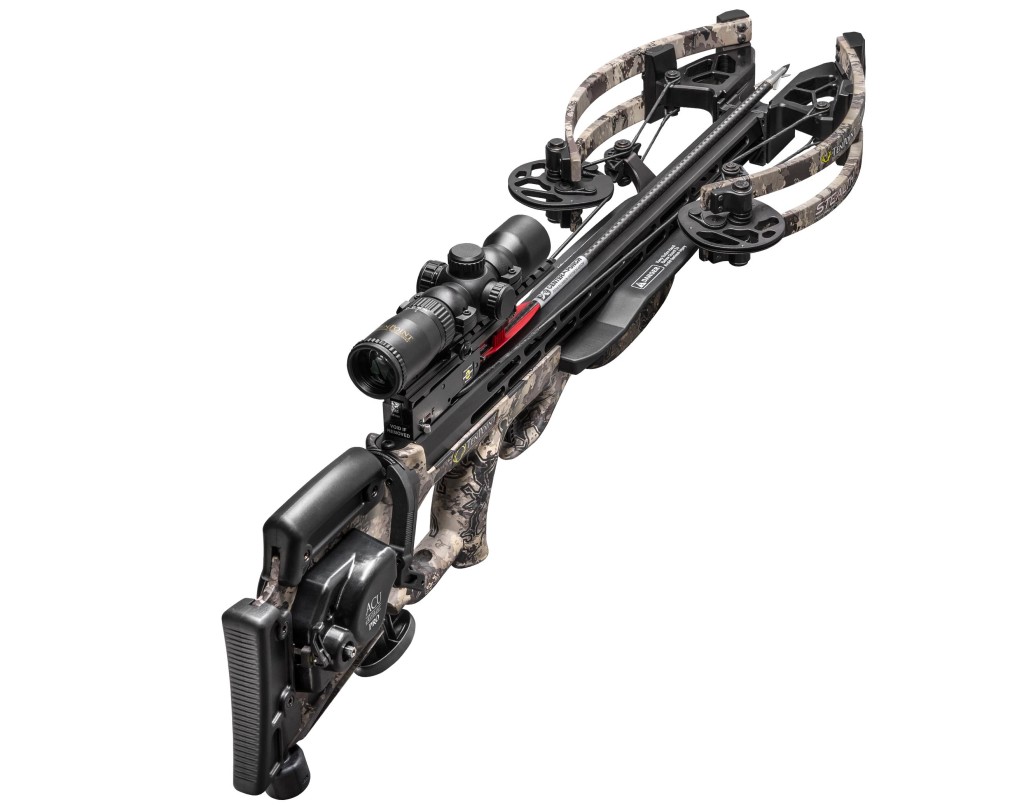 OK…so it will be a few weeks before a test model arrives at the office, but we did lose track of time testing it out at their shooting lane at the show. We’ll try our best to keep calm and give you a solid bench review until we can put one to task on our home range.

TenPoint has enjoyed the limelight since the introduction of their RDX technology a few years ago. RDX is the reverse-draw technology shared between the Carbon Nitro RDX in their TenPoint line and the Storm RDX and Vortec RDX in their Horton line. These crossbows, sporting slim 10-inch axle-to-axle widths, had reset our benchmark for what an extremely narrow, highly maneuverable, and hard-hitting crossbow should be. Now, the new TenPoint Stealth NXT crossbow has kicked that benchmark well and truly to the curb.

The big reason? The Stealth NXT is narrow. Not “narrower” as in slightly more compact than the reverse-draw bows that preceded it or the conventional-draw bows in its class, but downright tight in its left-to-right dimensions. We’re talking 6 (SIX) inches axle-to-axle (ATA) when in the cocked position. Those of you who already hunt with crossbows know that an ATA of those dimensions is a huge deal in the field—especially when hunting from an enclosed ground blind or a limiting treestand setup. 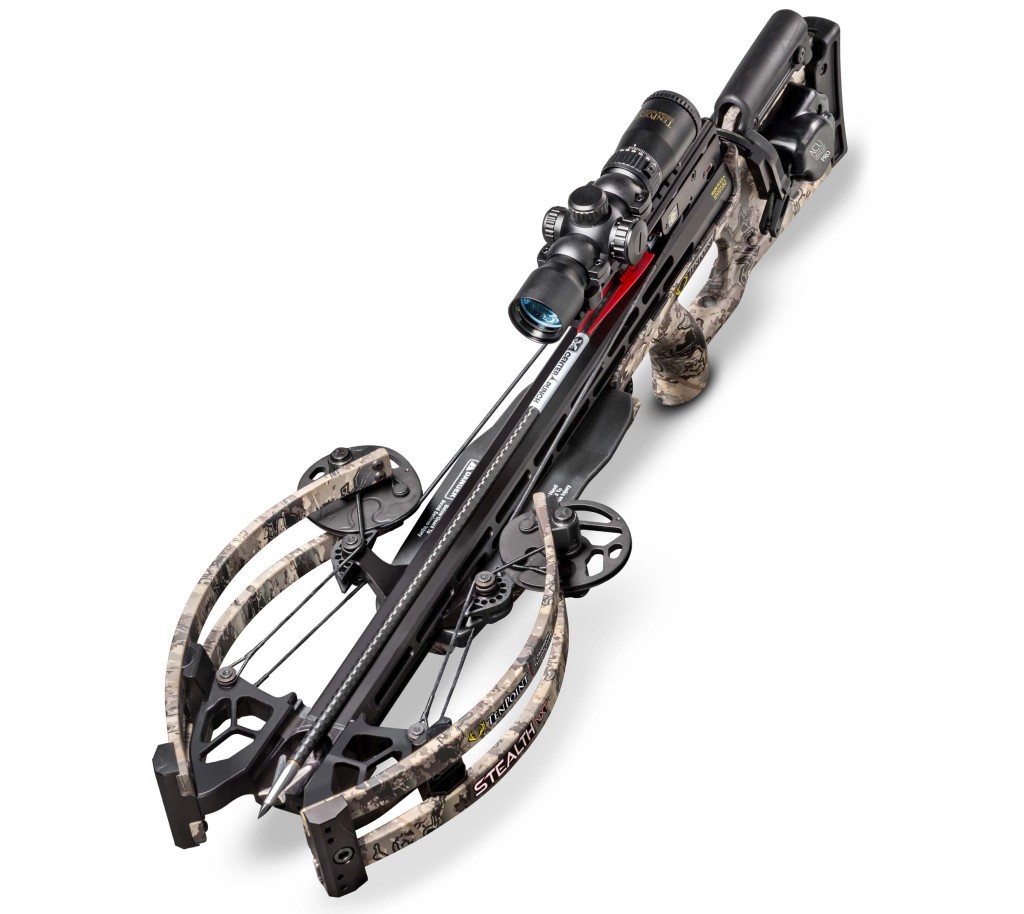 Several factors contribute to the short-axle performance—key among them are the new XR6 cams, which deliver maximum rotation for an efficient power stroke, and the high-energy Dual Flex limb system. Combined, the new cams and limbs give the Stealth NXT envious field credentials: up to 410 feet per second and 144 ft/lbs of kinetic energy. Those are top-of-the-chart numbers for the hunting crossbow category. Interestingly, the Stealth NXT pulls it off with a power stroke three inches less than its sibling reverse-draw models.

Of course, there is no free lunch in hunting camp or in physics, and generating that much energy potential in such tight quarters demands attention elsewhere to keep it all under control. To mitigate the punch, the TenPoint engineers developed a forward-thinking cable system that utilizes four cables (versus the conventional two) and a turnbuckle-style setup with cable termination on the riser. All of this serves to better stabilize the system upon energy release, making for a crossbow that’s 3X quieter than competing models and offering exceptional balance in terms of torsion and tension. This further translates to minimal or no cam lean, thus improving accuracy with its more consistent cam/string path alignment.

Understandably, none of these innovations could meet their design intent without a solid platform upon which to work. Mounted forward on the black anodized aluminum barrel is a new CNC-machined aluminum riser assembly. This assembly is comprised of the equally new Tri-Lock limb pocket and CX5 connection system. The former ensures optimal pocket/limb alignment while the latter secures the riser assembly in five separate locations along the barrel. The extra mounting points here offer additional stabilization that helps not only in maintaining accuracy but also reduces noise and vibration.

The Stealth NXT’s “human interface” is the three-piece C3 stock. First introduced on the Nitro RDX, the C3 stock features an independently adjustable butt plate and cheek piece so you can set the length-of-pull and cheek weld height for optimal fit. This system is great not only for achieving a comfortable fit and correct eye alignment when shouldering the crossbow, it allows you to adjust the ergonomics with changing weather conditions, such as when shifting from light early season clothing to bulkier late-season wear. 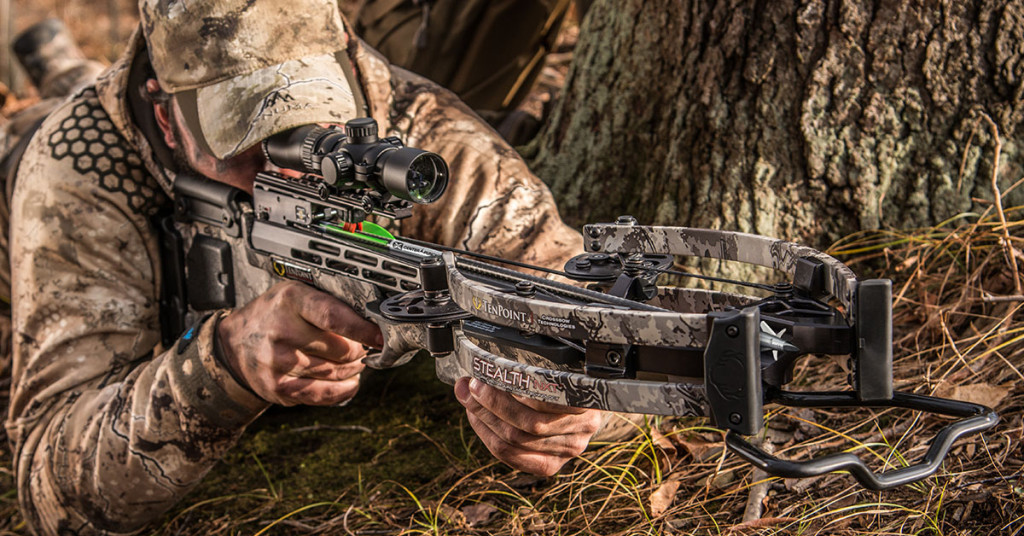 Rounding out the Stealth NXT’s features, we find well-trod territory for those familiar with TenPoint’s crossbow lineup. Standard fare includes a 3.5-lb. auto-engaging safety trigger boasting the Dry-Fire-Inhibitor, an arrow-retention brush to keep the arrow in place and further mitigate noise and vibration, and glass-reinforced nylon safety wings along the fore end to keep your support hand safely below the flight deck. 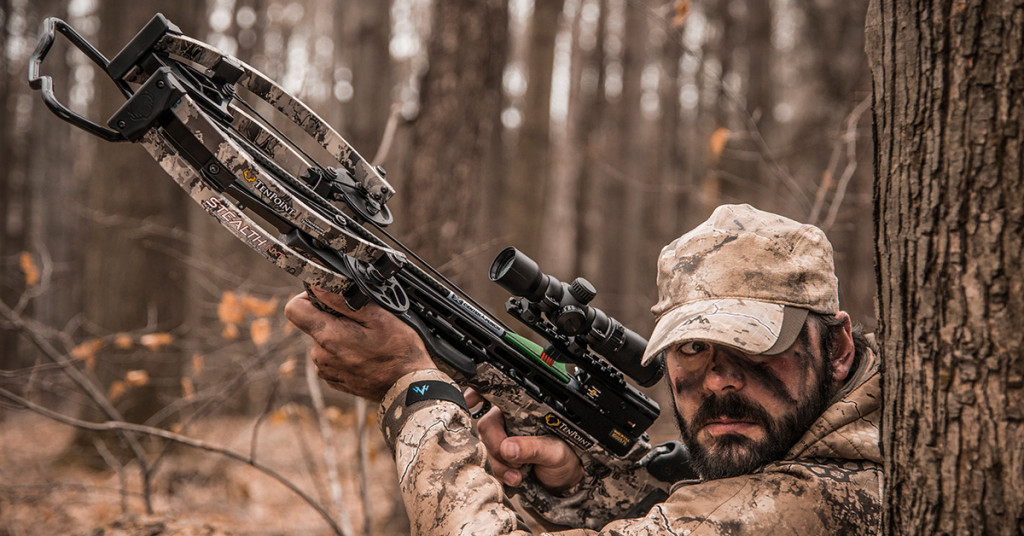 When we first spied the Stealth NXT on the show floor, our flash-thought was, “That’s a strange-looking reverse-draw”—an understandable 30-foot reaction given the tight, parallel limb profile. That this is essentially a conventional draw crossbow with performance on par with or besting that of the top-end reverse-draws on the market in terms of speed, downrange energy, quiet release, and width, well…there’s NOTHING conventional about that. 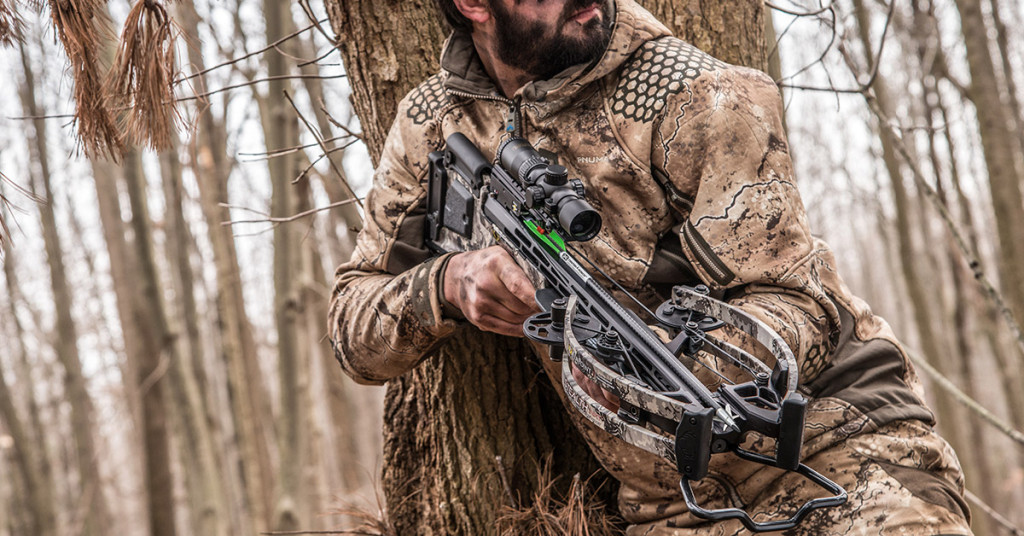